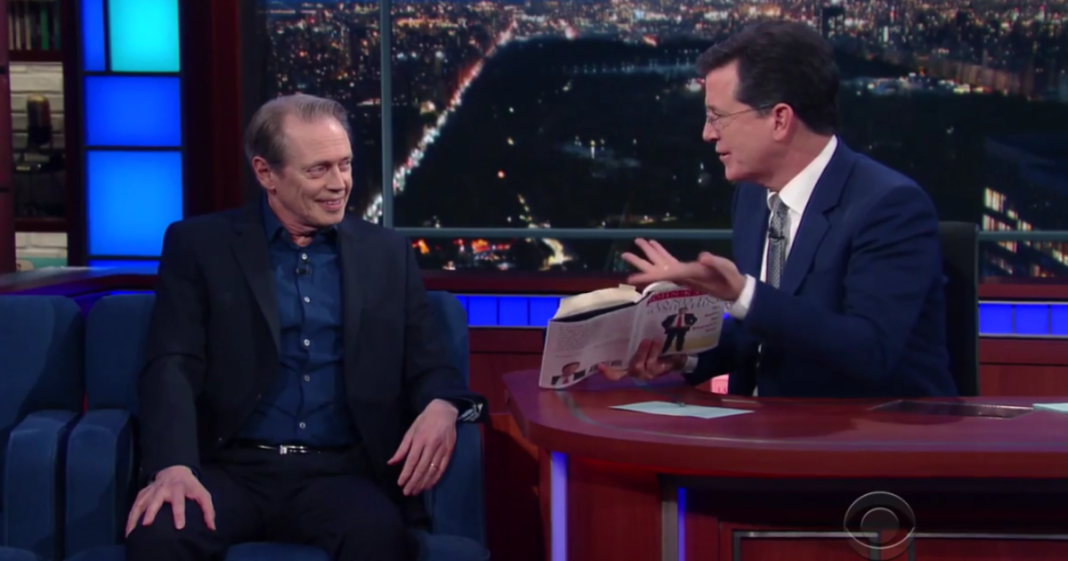 During Friday’s episode of the “Late Show with Stephen Colbert,” actor Steve Buscemi revealed that he and presidential candidate John Kasich have a pretty strange connection.

It turns out that in Kasich’s book, he says that the movie “Fargo” was so repulsive to his wife and himself that he lobbied for his local Blockbuster to no longer carry the iconic, Oscar-winning film. Buscemi, who was in “Fargo,” said he took this pretty seriously and wanted to fix the situation.

To do so, Buscemi was making his own feature film starring himself as John Kasich, re-telling that tragic day that Kasich dared to rent such a traumatizing film.

It’s hilarious, and definitely worth a watch!