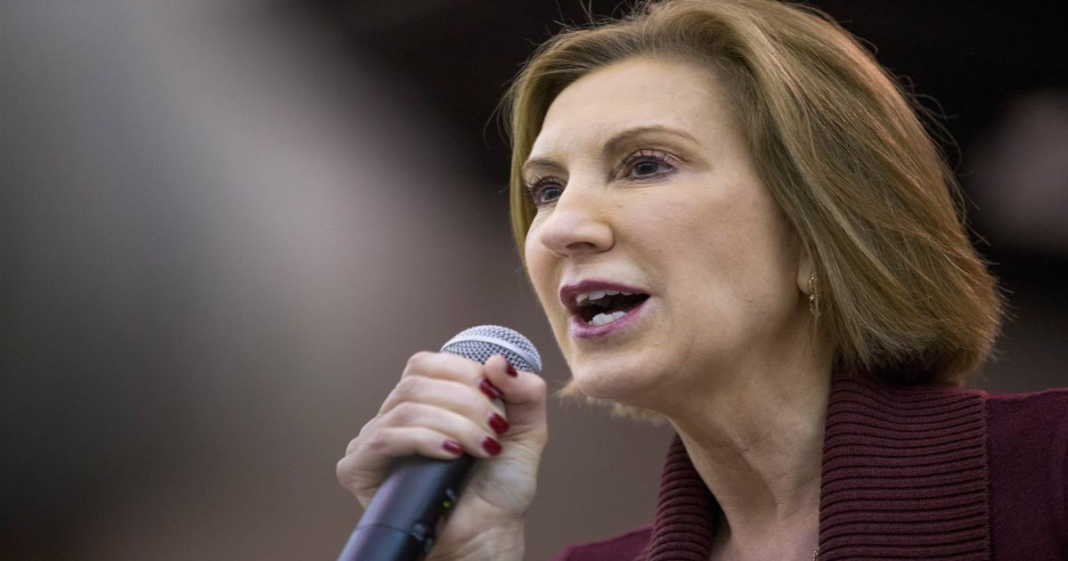 It appears that RNC chair Reince Priebus has had enough after the insanity of the 2016 election and will be stepping down in 2017 before the next president is inaugurated.

Priebus has served as the chairman since 2011, when he ran on the campaign principals of reuniting the party and saving the RNC wads of cash. No doubt, he failed in both endevors.

Reportedly on the short list to replace Priebus is none other than failed CEO and failed presidential candidate Carly Fiorina.

Fiorina experienced a brief moment of popularity early on in the Republican presidential race when she brought to the forefront forced videos which seemed to portray women’s health organization Planned Parenthood’s illegal sale of fetal tissue. Once it became clear that the videos were falsified and Fiorina’s narrative fell apart, she then tried to position herself as the conservative female counterpoint to Clinton, attacking the Democratic candidate at every turn.

Fiorina dropped out of the race early on in February and has since put her support behind Ted Cruz. If he is successful at gaining the nomination and even the presidency, Fiorina is no doubt headed for much greener pastures. Maybe she could even find herself as the head of the entire party?

That is, if there is even a party left for Fiorina to preside over.