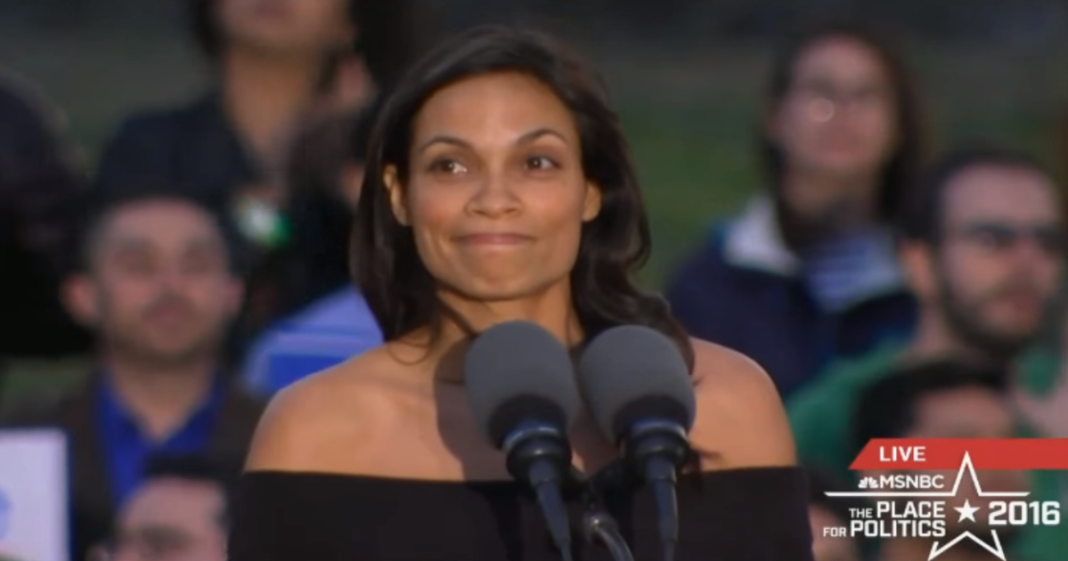 During a Bernie Sanders event on Friday, actress Rosario Dawson introduced the Senator with a rousing speech about the Sanders campaign and his opponent Hillary Clinton.

“So today, I heard some obfuscating of facts, some information that was being misconstrued. Very misleading and very divisive.”

Dawson outlined comments that the Clinton campaign had made about Bernie Sanders this week when the candidate said that the media should stop focusing so much attention and energy on every comment Trump makes. MSNBC’s Rachel Maddow framed Sanders’ response in a negative light when she questioned Clinton about it, giving Clinton the perfect opportunity to imply that Bernie Sanders is such a single-issue candidate that he doesn’t feel that issues of women’s choice are significant.

To that implication, Dawson said, “Shame on you, Hillary.”

After a rousing cheer from the crowd, Dawson said, “Sorry, hold on. Let me watch my tone.”

Dawson was of course referring to other comments that the Clinton campaign had made which indicated that if Sanders didn’t change his political tone, they would hold future debates hostage. These comments inspired a popular Twitter hashtag #ToneDownForWhat.