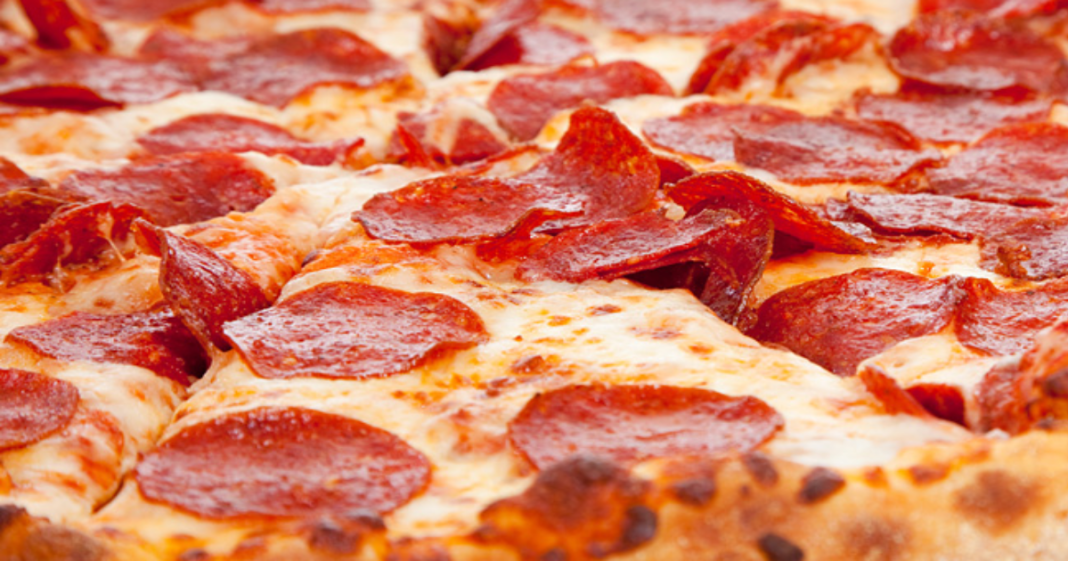 When it comes to eating a hot slice of ‘zza, Americans take their pizza pie very seriously. That is why, when earlier this week John Kasich was spotted cutting into a slice of pizza with a fork and knife, his chances of ever being president completely and utterly disappeared.

Yes, Americans may pretend that issues like equal rights, foreign relations, environmental regulations, and the size of government are what drive their political support but the truth is, though, that all we really care about is whether or not a candidate gives the proper respect toward America’s most beloved food.

The internet being what the internet is, it’s not too difficult to find photos of candidates biting into a slice of pizza so that we may accurately surmise the truest presidential candidates.

Let’s begin at the beginning. Back in February, Gawker delved into this issue by looking at which campaign buys the most pizza. What it discovered was this clever little “pie” chart (heh) showed that Secretary Hillary Clinton is a clear leader in the pizza race. 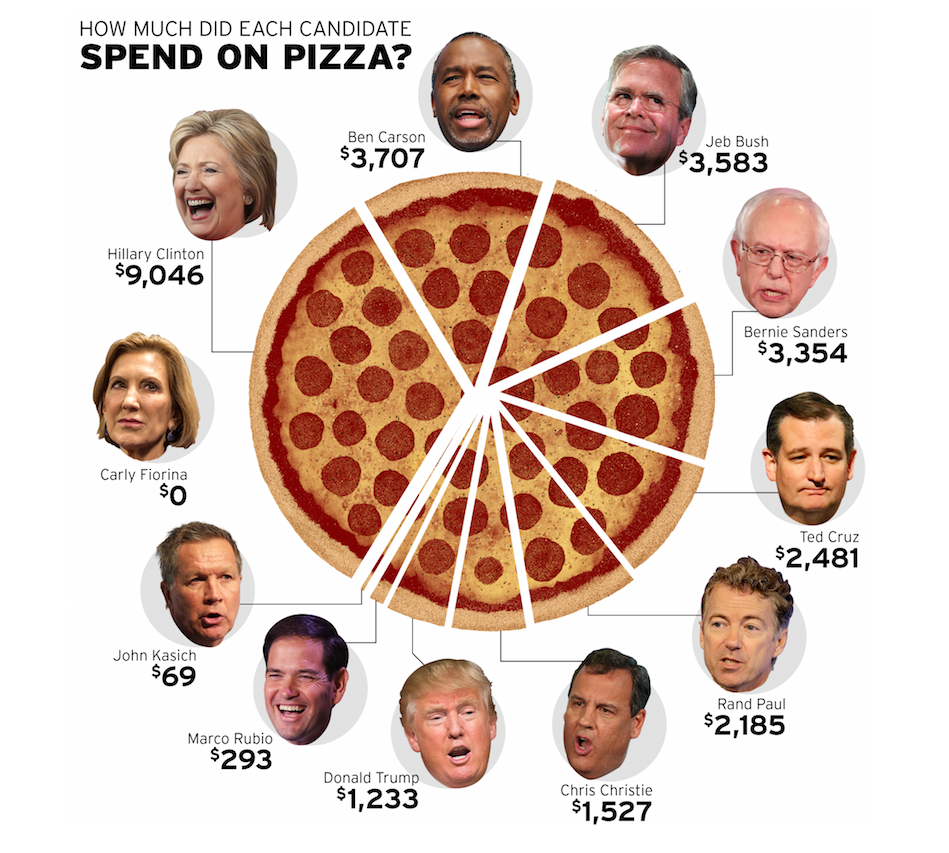 But hey, maybe the other candidates were just clipping coupons and being more fiscally conservative in their pizza decisions. The debate rages on. The only clear loser here is Fiorina who bought zero pizza for her campaign. How cold.

So let’s bring it up to current day, with just five candidates left in the race. For your judging convenience, we will rank the remaining candidates from best to worst. 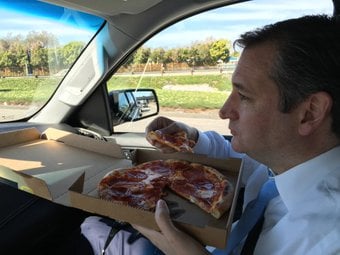 Best: As much as we hate to say it, Ted Cruz wins the award for best pizza-eater thanks to this most recent photo circulating online of the candidate munching on an entire pizza while riding in the passenger seat of a car. Cruz is really committed to this pizza, and it is clear that there will be no sharing involved.

It’s unclear whether the pizza would be what is considered a “personal pizza,” but Cruz has never been the sort of man who follows silly rules of society like whether or not one is supposed to eat an entire pizza.

Extra points given to Cruz for the soulless look in his eye as he stuffed himself – I think we’ve all been there. 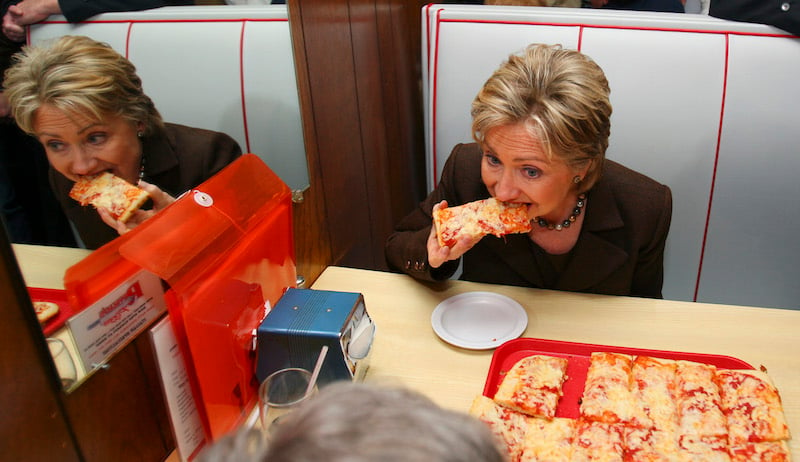 First Runner Up: At this point, things start to get a bit more difficult to judge. While Cruz was a strong first place, the remaining candidates are in an apparent race to the bottom in pizza quality and style.

Hillary Clinton takes second place because she has a pizza, it’s in her mouth, and she uses her hand as the sole tool to bring said pizza to said mouth. Clinton loses significant points for the quality of pizza. I mean, look at that thing. What is that, a bastardized Lunchable?

It’s tempting to bump her down a ranking for the complete ugliness of the pie, but her record-holding pizza-buying for her campaign means that she just barely holds on to second place. 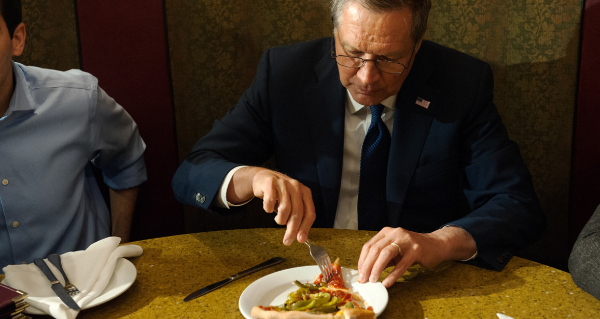 Second Runner Up: Candidate John Kasich has really been the inspiration for this entire story as he made news this week for his insulting pizza choices. Journalist photogs were no doubt drunk with happiness when they saw the opportunity to capture the Republican underdog in his most vulnerable position: disgracefully eating pizza with a fork and knife.

It seems like after all this time, people like Kasich would have learned, but he simply complained that his pizza was “too hot.” Kasich recovered a bit when he later grabbed a slice with his bare hands like an actual human being during the same sit-down.

We wish we could give the candidate a lower score, but that honor lies elsewhere. 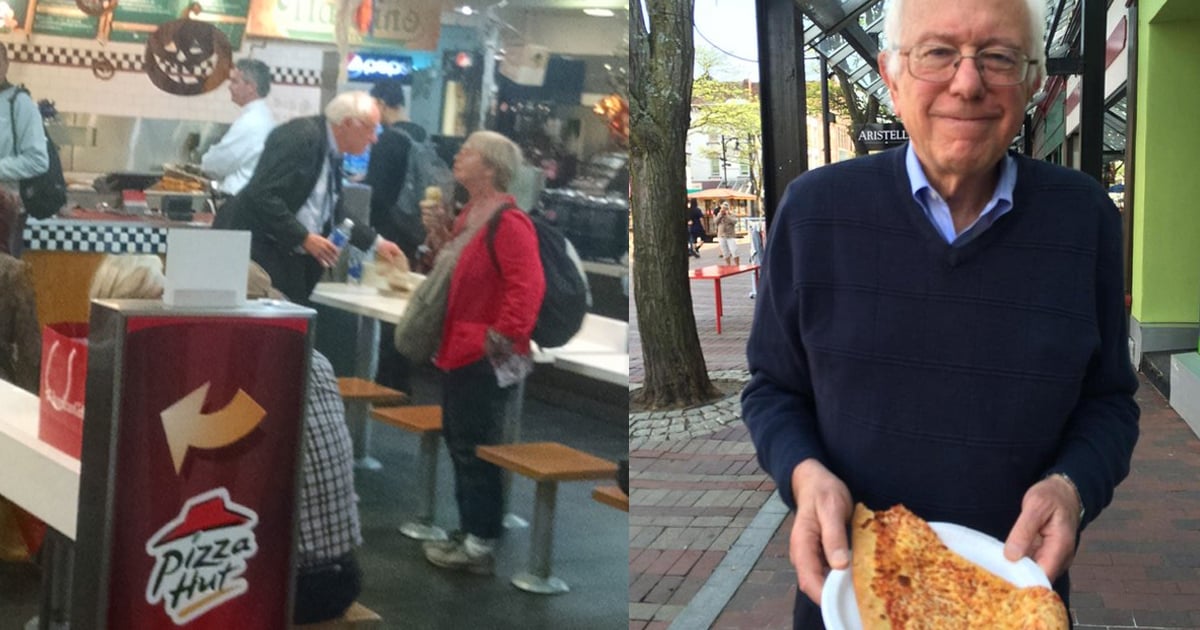 Honorable Mention: While Senator Bernie Sanders is beloved by many who are “feeling the bern,” we were more than disappointed to find that there were no photos of Sanders actually eating a piece of pizza online.

We were able to find these two photos, one of which is Sanders proudly holding a respectable slice of pizza (but who’s to say he actually ate it, and with what method he did so?). The other photo is one that a person snapped which they described as Sanders choosing to eat alone at a Pizza Hut slash KFC combination buffet.

We would need additional photos and a statement from the candidate to confirm what is currently hearsay, but for now the best thing we can do for Sanders is to disqualify him from the pizza race altogether. You can’t win if you don’t play.

*Breaking News Alert* As this story was being written, Bernie Sanders made an official statement on his stance on pizza. Sanders revealed during an interview Friday morning that he eats pizza with his bare hands.

“I know we’re probably going to lose millions of votes here, but nonetheless, I’m for picking it up and eating it.”

Nonetheless, we are keeping Sanders’ position as “disqualified” until he provides photographic evidence of his pizza preferences. 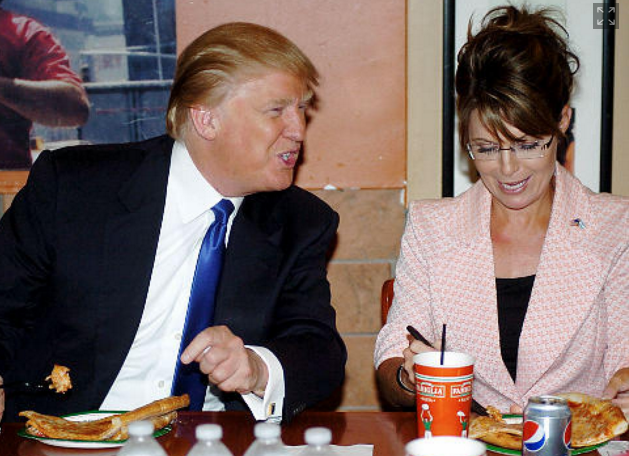 The Worst: We are proud to announce that in dead last for the pizza race is presidential candidate and Republican frontrunner Donald Trump. Trump not only eats pizza incorrectly, he advertises for it incorrectly too.

Browsing online, one can find several photos of the candidate eating his pizza with a knife and fork, committing the same heinous crime as Kasich, but seemingly unrepentant. In addition to this pizza crime, Trump also did an advertisement for Pizza Hut in 1995 where he and his ex-wife Ivana Trump dove headfirst into a slice of pizza – backwards.

For this unforgivable sin, we award Donald Trump with the award for the worst pizza-eating candidate in the race. Just like every other aspect of Trump’s life, his choice of pizza consumption is disgusting, disappointing, and not the sort of thing America accepts in a world leader.

Conclusion: So that’s it folks – it ain’t easy being cheesy, but these candidates made their bed and now they’ve gotta rise from it. Even if a candidate has a lot of dough, they are not guaranteed to be the best slice. No matter whether Republican or Democrat, proper pizza eating is a bi-Parmesan issue.

If you think this article is being a bit saucy, feel free to share with us what you think and we can try to meat you in the middle.