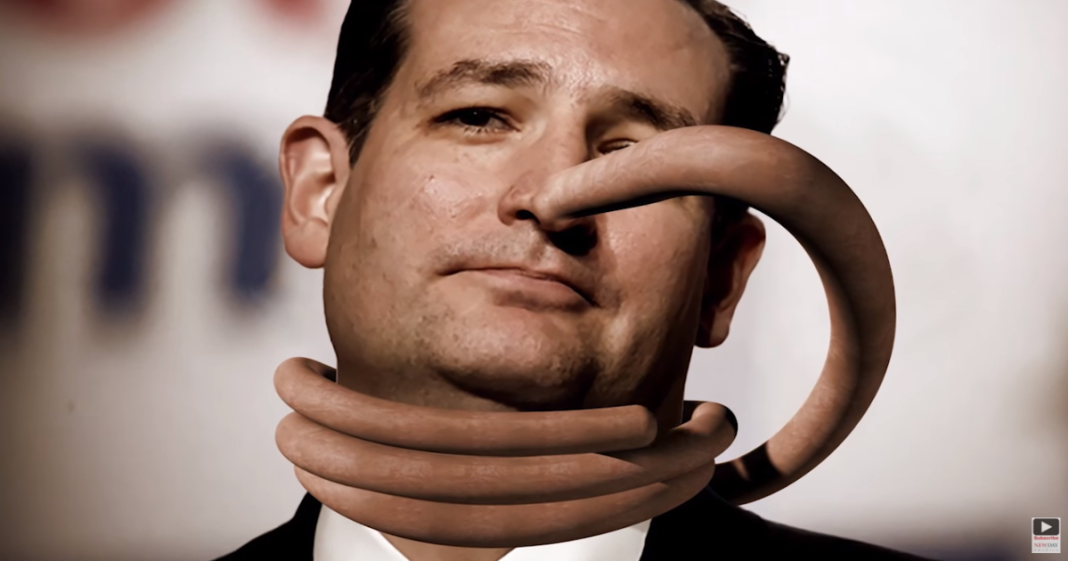 This new attack ad isn’t an April fools joke, though we certainly wish it were. An anti-Cruz ad was created by New Day Independent Media Committee and it features a somber-toned woman listing several of Cruz’s more important lies and misinformation during the campaign.

Typical political ad, you might think. That is, until you see what bizarre image is on the screen. As the disembodied voice lists Cruz’s alleged lies, a still image of Cruz sprouts an extra long nose, which then snakes around behind his head and wraps itself several times around his neck.

What? It’s a must-see, but don’t watch it right before bed unless you want this image of Cruz visiting your dreams.