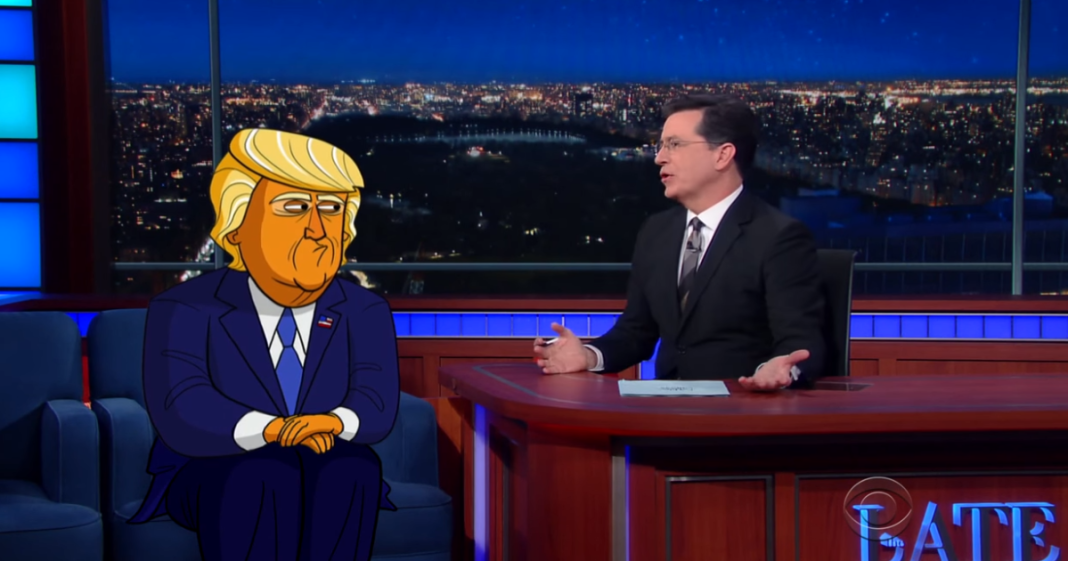 During Thursday’s edition of “The Late Show with Stephen Colbert,” Colbert looked at the mess of the past week concerning Donald Trump’s gutter politics and childish behavior.

Colbert told the audience that Donald Trump was invited on the show to address the recent controversy, but instead, Colbert invited a “slightly less cartoonish version” to the show.

“Stephen I am rubber and you’re glue. I have a lawyer and I will sue.”