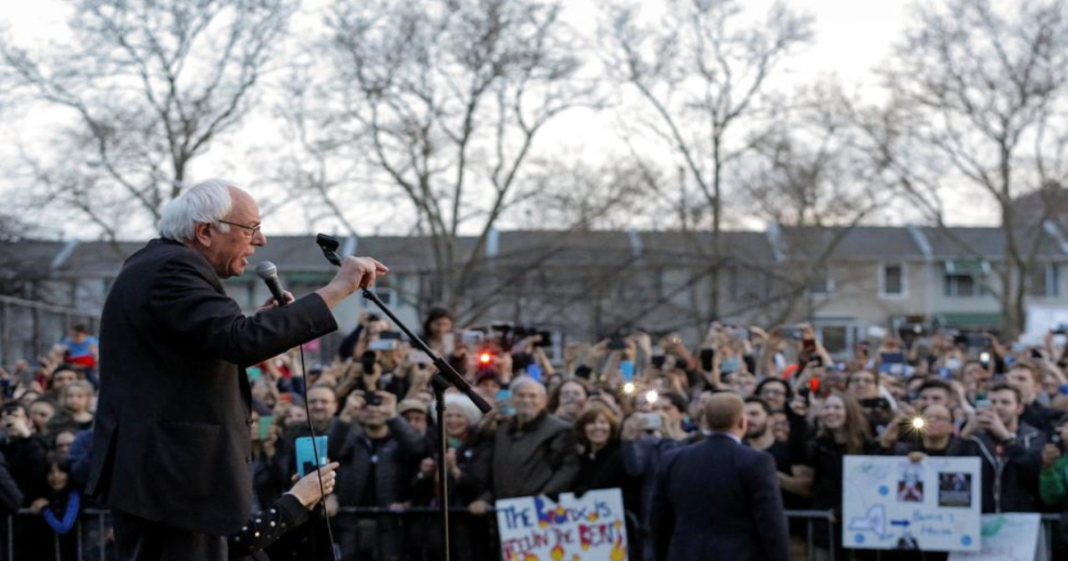 In what the U.S. Census considers to be the most diverse area of the entire nation, Bernie Sanders held a bustling rally in Bronx, New York on Thursday. Addressing an overflowing crowd of 15,000, Sanders rattled off his usual stump topics to the roars of thousands of young people. No doubt, his Brooklyn accent was a big hit.

Additionally, another 2,000 who were unable to fit into venue were addressed by Sanders at a nearby park.

With the news that Clinton’s lead among minorities seems to be slipping, it is no doubt encouraging to the campaign to see Sanders doing so well in such a diverse city. Latest polls in New York show that Sanders is creeping up Clinton slightly, shrinking what was once a monumental lead. Currently in her adopted home state, Clinton leads Sanders 54 to 42 percent.

This is just Sanders’ first major New York rally. If this successful rally is any indication, what was once an easy win for Clinton may be a much closer race than originally thought.