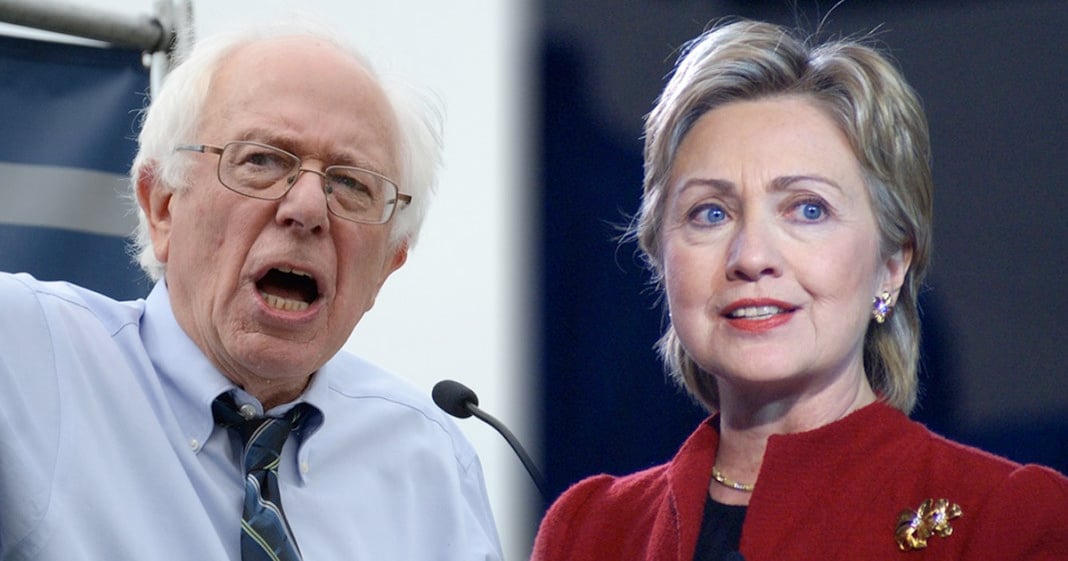 During an interview on “CBS This Morning” on Friday, Bernie Sanders responded to accusations from Hillary Clinton that his campaign is telling lies about her campaign donations.

Sanders defended the claims from his campaign about Clinton’s fossil fuel ties and donations, but near the interview Sanders said something much more noteworthy. When Sanders was asked about party loyalty on Republican side, he was pressed to say whether or not he would support Clinton if she were the nominee.

“In your case, and I know Clinton’s campaign is saying so far you’ll be done by the end of the month and we’ll move forward. You don’t feel that way? … If it is Hillary Clinton, will you get behind Secretary Clinton?”

Sanders had apparently not heard that comment from the Clinton campaign before that moment and it was clear that he was taken a bit aback. No doubt a bit offended, particularly with the increasingly hostile tone between the two candidates, Bernie proceeded to skirt the question about whether he would support Clinton if she were the Democratic nominee.

“I obviously can’t speak for millions of supporters, individual people,” Sanders said. “What I can tell you is I think it would be an absolute disaster for this country if we had a Donald Trump as president of the United States and I will do everything I can to prevent that.”

“Well, I’m sure that when Hillary Clinton announces that she’ll be supporting me, we’ll go forward together.”

Will the Democratic race soon go the way of the GOP? An increasingly hostile tone means that the previously civil race could go nearly anywhere.