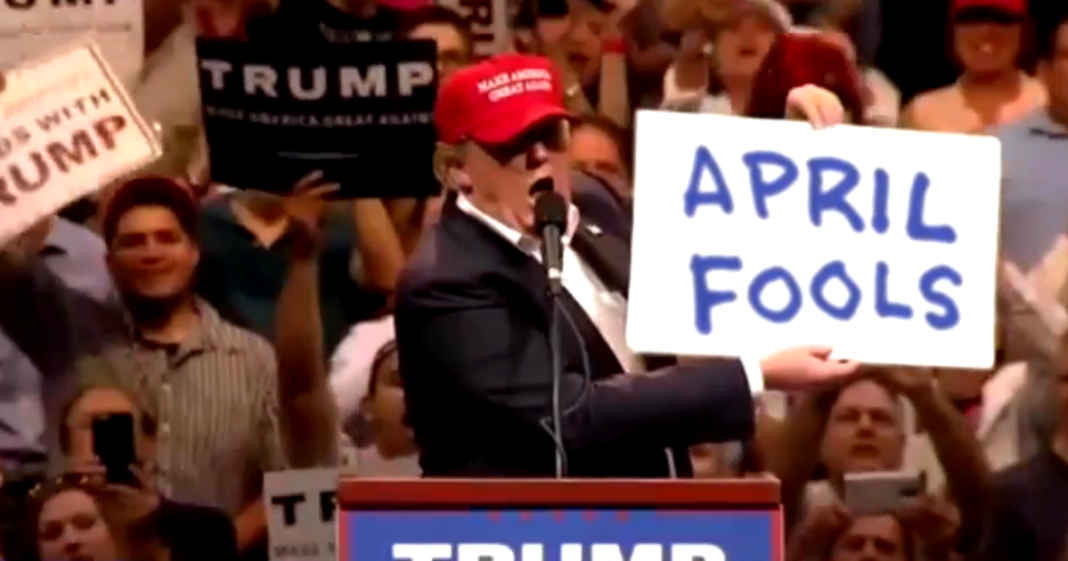 On Thursday evening, Jimmy Kimmel Live boasted a “bombshell revelation” which turned out to be a fake Donald Trump video admitting that his entire candidacy was a gigantic prank.

It is so exciting to hear those words, even when it’s clear that it’s not in earnest (or even the actual voice of the candidate). But the genius April Fools clip doesn’t stop there. Pranking Trump tells voters to throw their not-pranked support behind another candidate, confirming a crackpot conspiracy theory some hold about Trump’s reason for running.