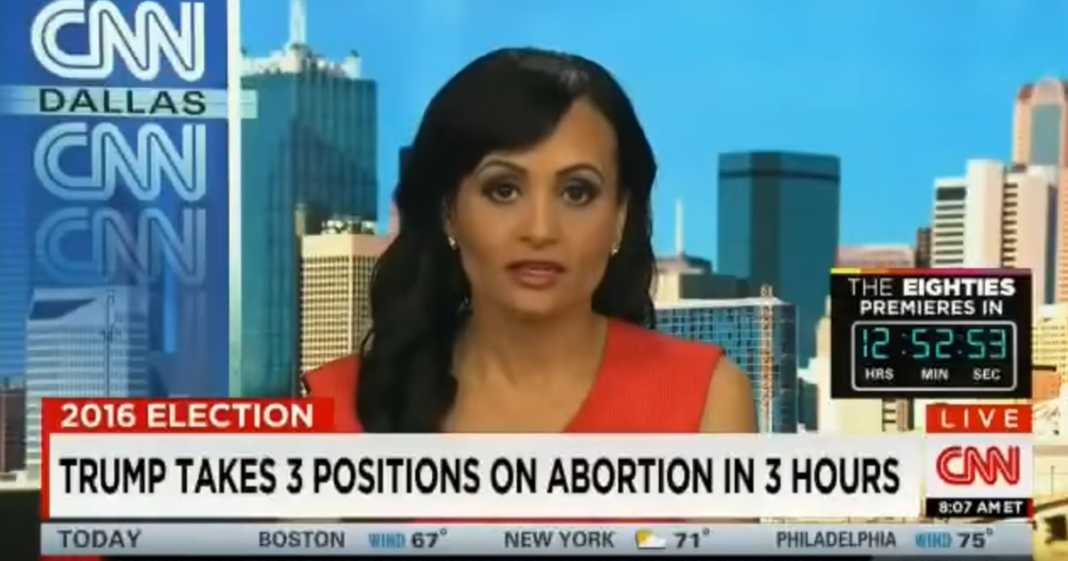 At this point it is a complete given that after Donald Trump has a monumental, groundbreaking gaffe, his lapdog Katrina Pierson will appear on corporate media outlets to reinforce and indignantly defend Trump’s every horrible comment.

Pierson’s conviction is clear, and almost admirable (if she were defending literally anyone else).

Trump’s comments on abortion on Wednesday may have been Pierson’s hardest sell yet as the candidate clearly and unmistakably advocated for punishment for women who seek out and receive abortions. Pierson’s only defense for her dear leader was that he had simply misspoke, the sort of excuse the GOP would never have accepted in the past.

“This is a misspeak! There was a misspeak here, and you have a presidential candidate that clarified the record. Not once, but twice.”

Shh, Pierson. You are trying so hard and we see that. You’re just the actual worst for doing it.