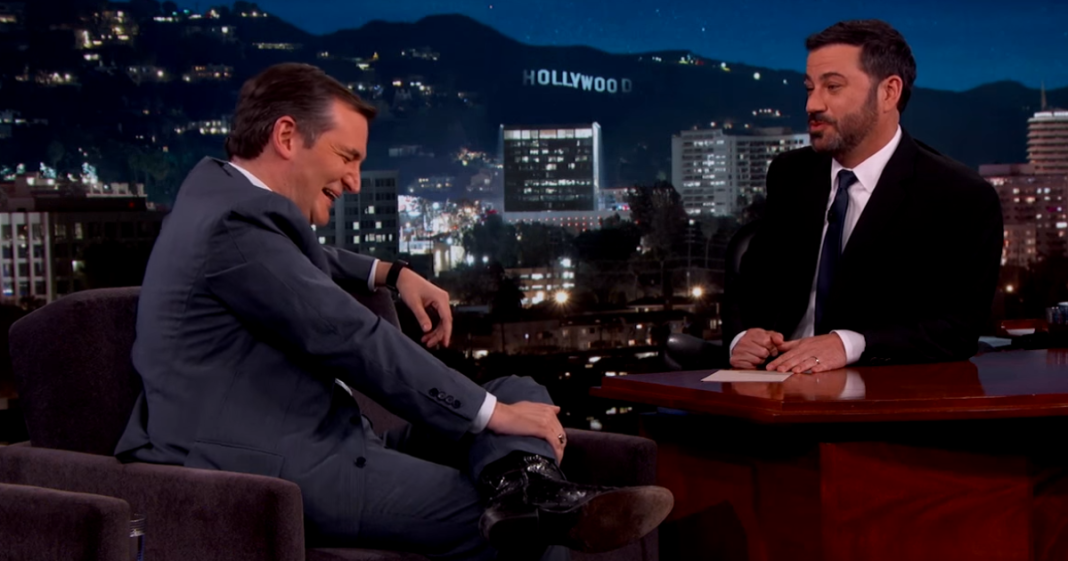 On Thursday’s episode of “Jimmy Kimmel Live,” presidential candidate Ted Cruz made an appearance to joke around with Kimmel and talk the political race.

Cruz, who is a debate champion and big fan of comedy was right at home with Kimmel as he railed off zinger after zinger about the campaign.

Kimmel asked Cruz which person he hates the most between Trump and president Obama. Cruz said that he disliked Obama’s policies more, but then would only say “Donald is a unique individual.”

Cruz then said that if he were backing up his car and saw Trump in the rear-view, he isn’t sure which pedal he would push. I think it’s safe to say that Cruz hates Trump more.