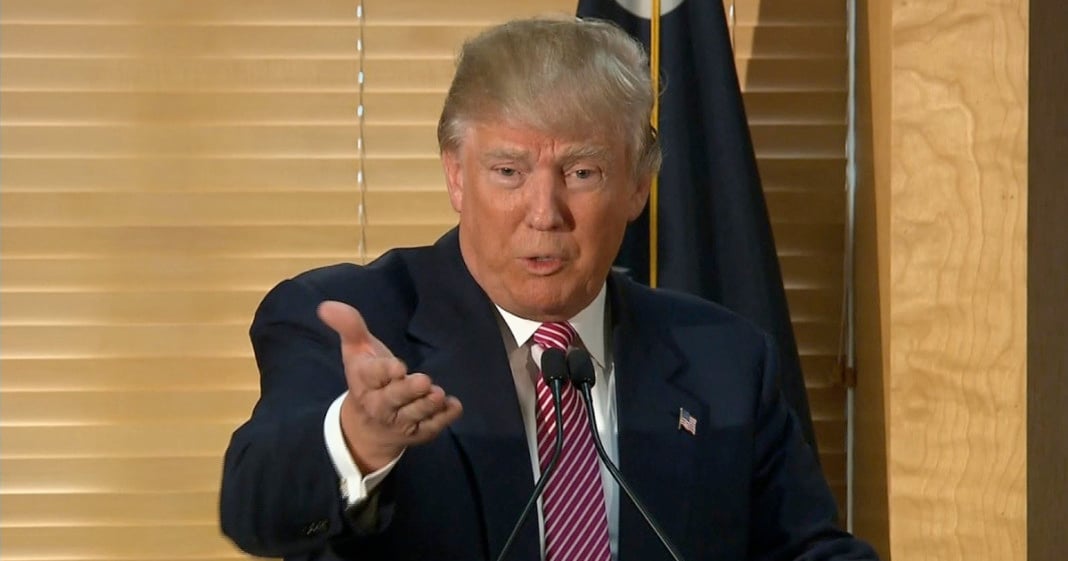 Look, Donald Trump has been treated very unfairly. The RNC is not nice to him, Ted Cruz is being mean about the whole thing where Trump insulted his wife and almost definitely planted a story that Cruz was a serial adulterer, and it’s all just very unfair. So he’s going to surprise us all by not supporting a Republican nominee that isn’t Trump, even though he signed something that said he would. This is the first sign that Donald Trump might be a liar—you’ve been warned. Sam Seder discusses this.