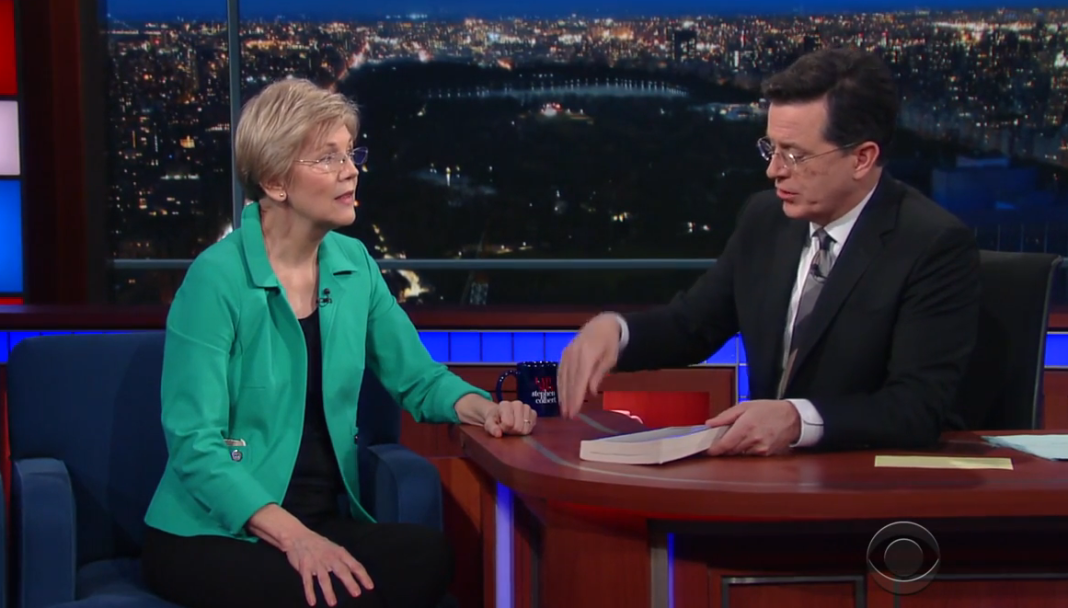 Elizabeth Warren made an appearance on Stephen Colbert’s The Late Show to discuss her role as a senator and to discuss the 2016 presidential election.

Warren continued to remain neutral between both Democratic candidates and instead focused on separating Democratic rhetoric from the extremism of the right. Warren said that Donald Trump is only concerned about one person: Donald Trump.

“He smells that there’s change in the air. And what he wants to do is make sure that that change works really, really well for Donald Trump.”

Warren is clear that Donald Trump would be a destructive force as POTUS.