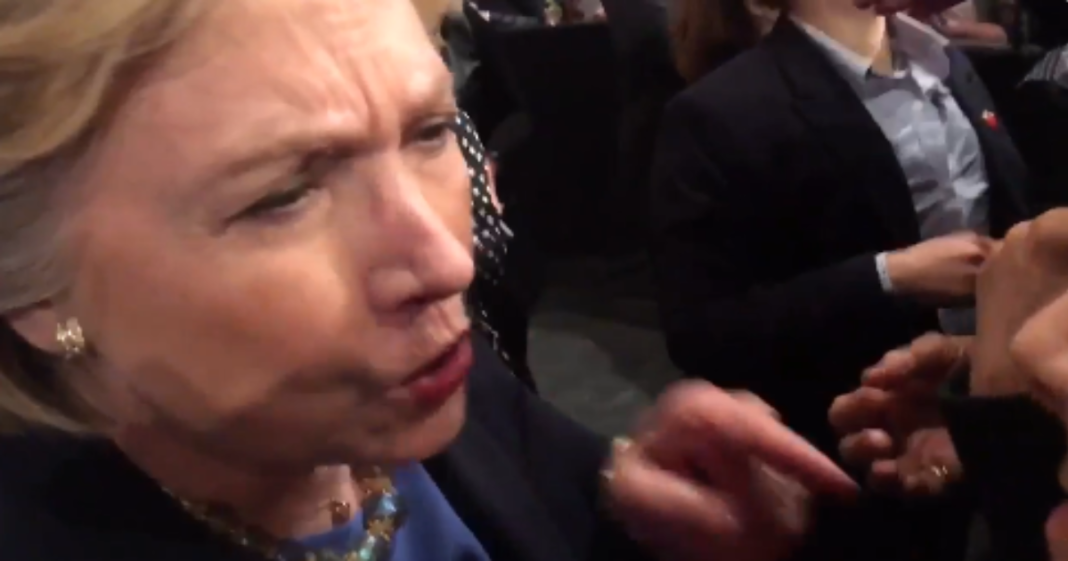 During a campaign even on Thursday afternoon, presidential candidate Hillary Clinton was questioned by a voter while she was shaking hands and kissing babies about whether or not she would do something about fossil fuel money in campaigns in the interest of environmental concerns.

The questioned seemed genuine and was not the sort of “gotcha” question Clinton treated it as.

“Will you act on your word to address fossil fuel money in the future in your campaign?”

The candidate, who has refused to hold press conferences with reporters to answer questions like these for months now, jabbed her finger in the face of the questioning voter and took the opportunity to accuse the Sanders campaign of lying about her.

“I am so sick. I am so sick of Sanders campaign lying about me. I’m sick of it.”

In fact, Clinton has accepted around $160,000 from individuals who work for oil and gas companies, skirting the campaign promise that Clinton made. In addition, nearly all lobbyists working in Clinton’s favor have at one time or another worked for the fossil fuel industry.

Clinton, who went on the defensive this week when she accused Sanders of running a negative campaign, was certainly quick to accuse the Sanders campaign of outright lying about her when being asked a legitimate and respectful question.

Many Clinton supporters who love to point out Sanders’ frequent gestures during a debate as being sexist will no doubt face a new sort of introspection when they see their candidate jabbing her finger forcefully into the face of this voter.