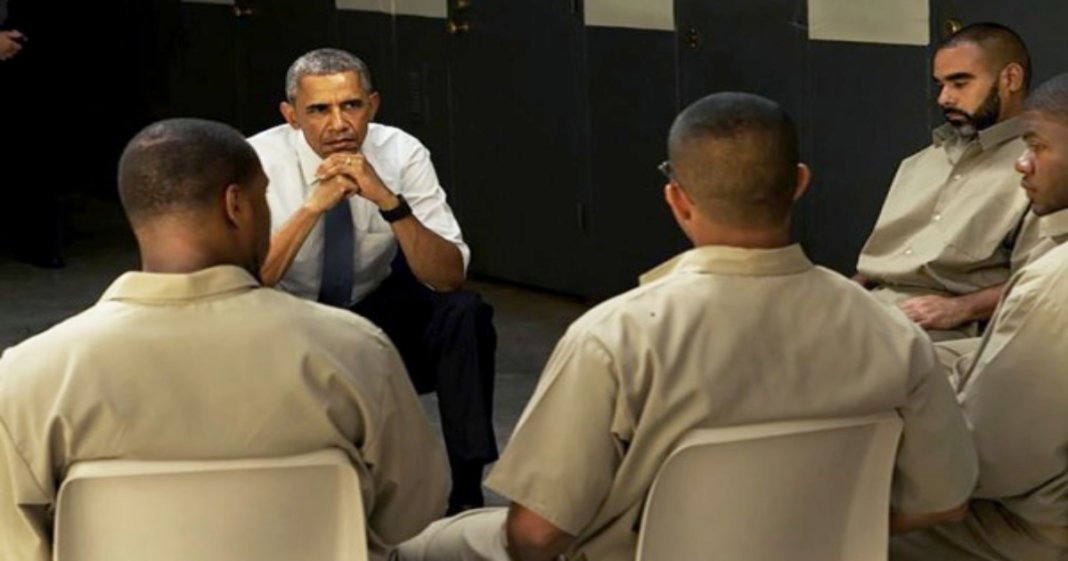 Obama’s final year in office may wind up being his most memorable as the president works to achieve some of his campaign goals that until now were left dormant.

One such focus is on America’s massive prison industrial complex. America has a major problem with imprisoning citizens at a record-breaking pace. The majority of the blame for this lies in the strict anti-drug policies of the last several decades, began by Ronald Reagan but strengthened by Bill Clinton.

It was announced on Wednesday that President Obama is commuting the sentences of 61 drug offenders, a third of who were currently serving life sentences for drug possession, intent to sell, and other related crimes. Most were nonviolent offenders.

Many believe that President Obama has not done nearly enough to decriminalize certain low-impact drugs like Marijuana, but his late-term contribution of reducing non-violent drug offenders’ sentences is a step in the right direction.

With the addition of these most recent commuted inmates, president Obama has now altered the sentence of 248 low-level criminals. According to the White House, this number is greater than that of the last six presidents combined. despite this accomplishment, the number is a mere drop in the bucket for a gigantic prison population.

Hopefully, the number of reductions that president Obama accomplishes will increase exponentially before his time in office comes to a close. Whoever comes after him must be aggressive in portraying drug use as a health crisis rather than a crime issue. Steps must be taken to decriminalize marijuana and change the way that we prosecute non-violent, victimless crimes like possession of marijuana.