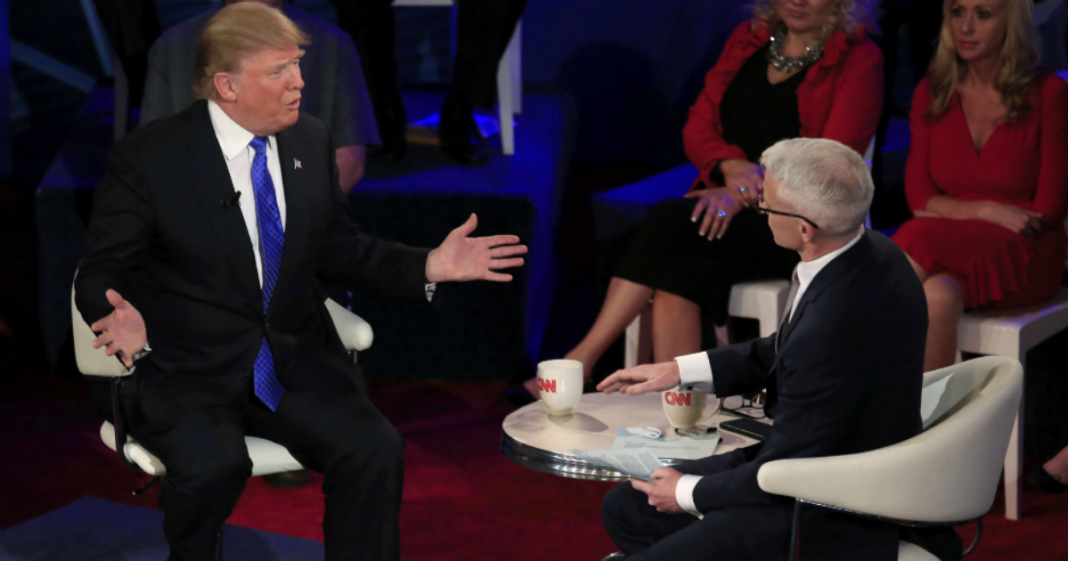 Anderson Cooper’s performance during Tuesday night’s Republican town hall event on CNN was less than exemplary as he allowed each candidate to lie, mislead, and obfuscate key campaign issues to the detriment of voters viewing the show.

Despite his failings, Cooper did have one exemplary moment during Donald Trump’s town hall in which he called the candidate out on his childish rhetoric concerning the feud between Cruz and Trump over their wives.

Pushing for an apology as so many have already tried, Cooper questioned Trump about whether or not he would apologize for the unfair attacks he perpetrated against Heidi Cruz.

“You’re running for president of the United States,” Cooper said.