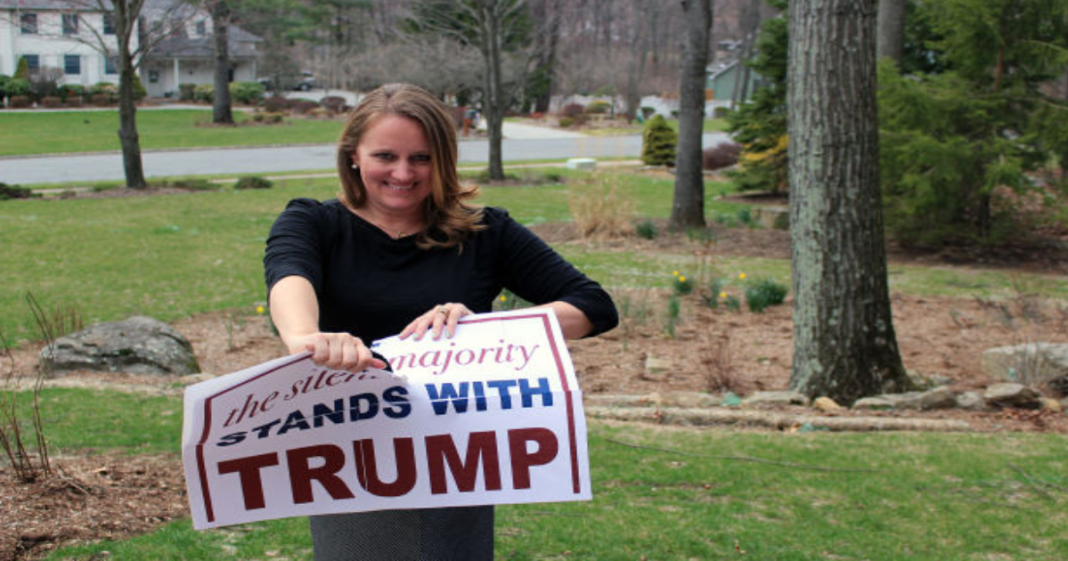 Donald Trump’s former top strategist has taken pen in hand to write down how it felt to be a Trump strategist and see firsthand how Trump’s campaign functions. What she tells Trump supporters in this expressive op-ed is that the best thing they could do for the man they so adore is to not vote for him.

Stephanie Cegielski joined Trump’s campaign in mid-2015 with energy and enthusiasm. She was ready to help lead the human manifestation of a middle finger to the establishment, and she was told that the campaign’s goal was to get a respectable percentage of the votes, but to ultimately not be the nominee. Trump was, according to Cegielski, the presidential equivalent to Sanjaya from “American Idol.”

“Almost a year ago, recruited for my public relations and public policy expertise, I sat in Trump Tower being told that the goal was to get The Donald to poll in double digits and come in second in delegate count. That was it.”

Trump didn’t believe that he could win, so it wasn’t his goal. That is, until the “silent majority” latched on to Trump and made it so that the candidate could do no wrong. It was then, Cegielski says, that Trump’s ego took over.

“I don’t think even Trump thought he would get this far. And I don’t even know that he wanted to, which is perhaps the scariest prospect of all.

Cegielski expressed that her previous fervor and belief in this non-establishment candidate wavered and failed when she saw just how serious he had become in the race with no practical skills to back it up. Trump’s ego was running the show, and it meant that no matter what, nothing he could do or say would be wrong. There would be no apologies, no backing down.

I’ll say it again: Trump never intended to be the candidate. But his pride is too out of control to stop him now.

You can give Trump the biggest gift possible if you are a Trump supporter: stop supporting him.

He doesn’t want the White House. He just wants to be able to say that he could have run the White House. He’s achieved that already and then some. If there is any question, take it from someone who was recruited to help the candidate succeed, and initially very much wanted him to do so.

The hard truth is: Trump only cares about Trump.

And if you are one of the disaffected voters — one of the silent majority like me — who wanted a candidate who could be your voice, I want to speak directly to you as one of his biggest advocates and supporters.

So Trump fans, heed that voice. Let go of this idea that Trump is the one person who is looking out for you, because he isn’t.

This entire campaign is a giant middle finger to the establishment that laughed at him and refused to take him seriously. It was never a true desire to represent the people of America which motivated Trump, but his own deep-set insecurities.

Give Trump what he wants, let him fade away back to his reality television shows and the memories of when he terrified the political elites. It’s all he ever really wanted.