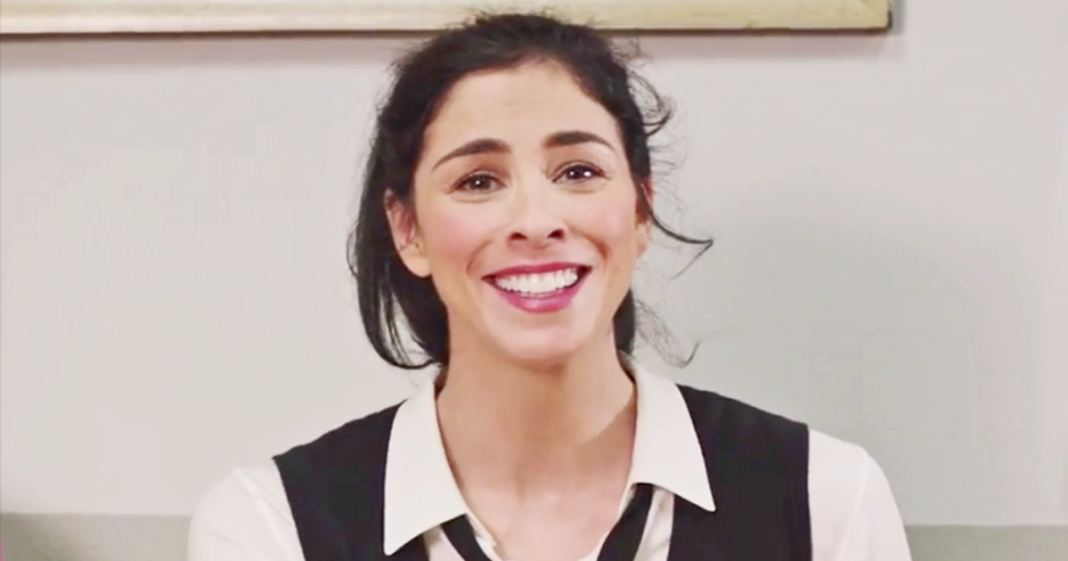 Comedian Sarah Silverman who has already came out publicly in support of Senator Bernie sanders starred in a video posted online on Monday which urges people to show up to vote and more importantly, to vote for Bernie.

Silverman explained her political evolution saying that as a feminist woman, she was originally for Clinton because she believed that the level of corruption Clinton engages in was just a necessary evil.

“Every politician takes money from big money, ever since it was made legal through Citizens United. It’s legalized corruption. If all the other ball players are taking steroids, you have to take steroids too to compete, right?”

Senator Sanders taught Silverman that there was another way.

“I’m not against Hillary. I’ve just met someone I have more in common with.”

“This man is running for president on a platform that is just a giant fuck-you to the above-the-law billionaire class who have been controlling government policy with their money, and not paying a nickel in taxes through government loopholes they secure with said money. Without taking a penny from Super PACs, corporations, or self-interest groups, Bernie Sanders raised over $100 million from over 5 million individual donations, donations from human people, averaging $27 each. He proved that what is right can also be possible.”