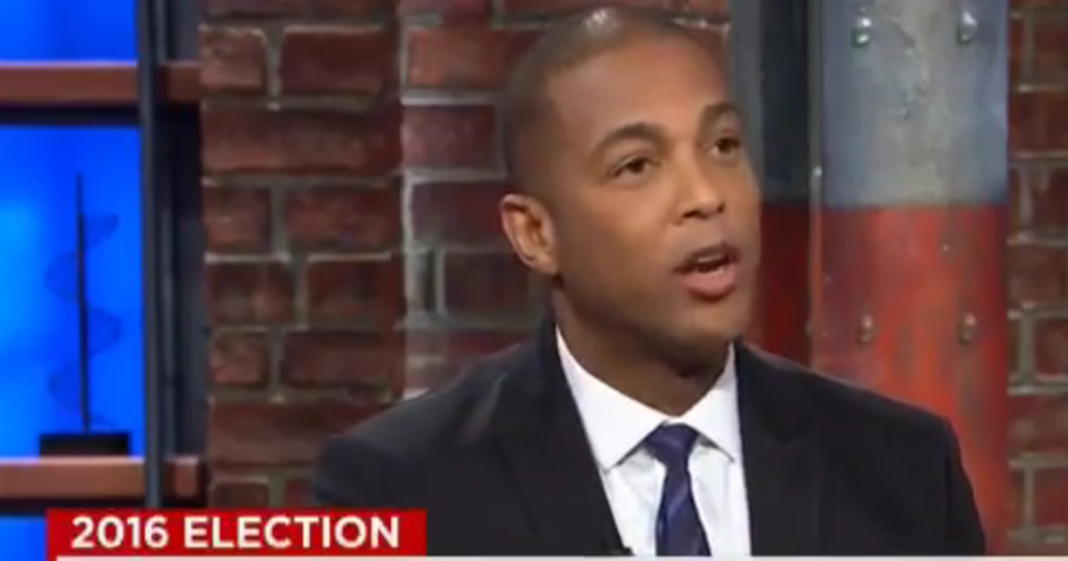 In response to Trump’s recent interview with a #NeverTrump conservative radio host in Wisconsin, CNN’s Don Lemon spoke with Trump’s spokeswoman Katrina Pierson about many issues in the Trump campaign.

Pierson, who has shown again and again that she is an absolute pro (and psychopath) in defending Trump, completely magicked away any blame Trump held in the Twitter wife feud, saying that all the man was doing was defending his dear wife at the expense of no one.

Lemon pressed Pierson to defend her remarks, and things got a bit messy, as they often do when issues with Trump arise.