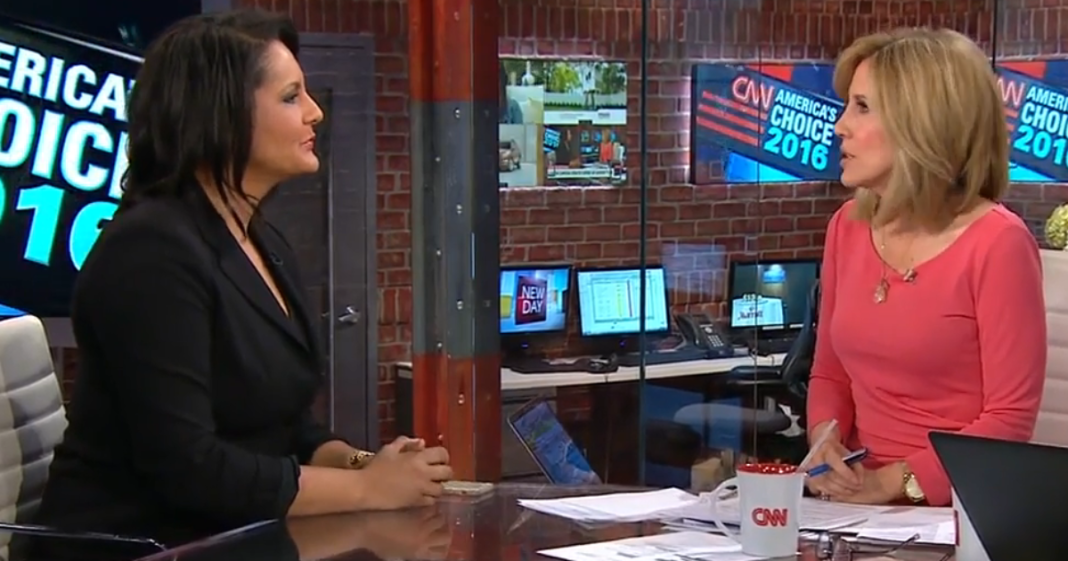 Clinton campaign spokesperson Karen Finney made an appearance on CNN Tuesday to discuss the recent back-and-forth between the Democratic candidates about adding additional primary debates, particularly ahead of the New York state primary.

Finney took the stance that Sanders’ call for a New York state debate was a mere publicity stunt and was directly defying the system in place that the Clinton campaign was all too happy to continue using.

“We had a process whereby we were talking about adding additional debates. That seemed to be working just fine. And then we see this kind of stunt… they send this public letter about, you know, demanding a debate.”

Finney also re-upped the same statements made by the Clinton campaign on Monday where they accused Senator Sanders of performing dirty campaign tactics.

“At the same time, we see reports about how they’re doing polling on new lines of attack on Hillary Clinton. And so it just felt like, hold on here, you don’t get to set the terms and the conditions around when or where we debate. We’ve had a process. Let’s stick to that process rather than public stunts.”

CNN‘s Alisyn Camerota made a responsible counter-point to Finney’s argument, pointing out that a bit of negative back-and-forth is par for the course for a political campaign. Camerota also asked Finney why the Clinton campaign is so dedicated to tone-policing t.he Sanders campaign rather than allowing the voters to decide if they approve or disapprove for themselves.