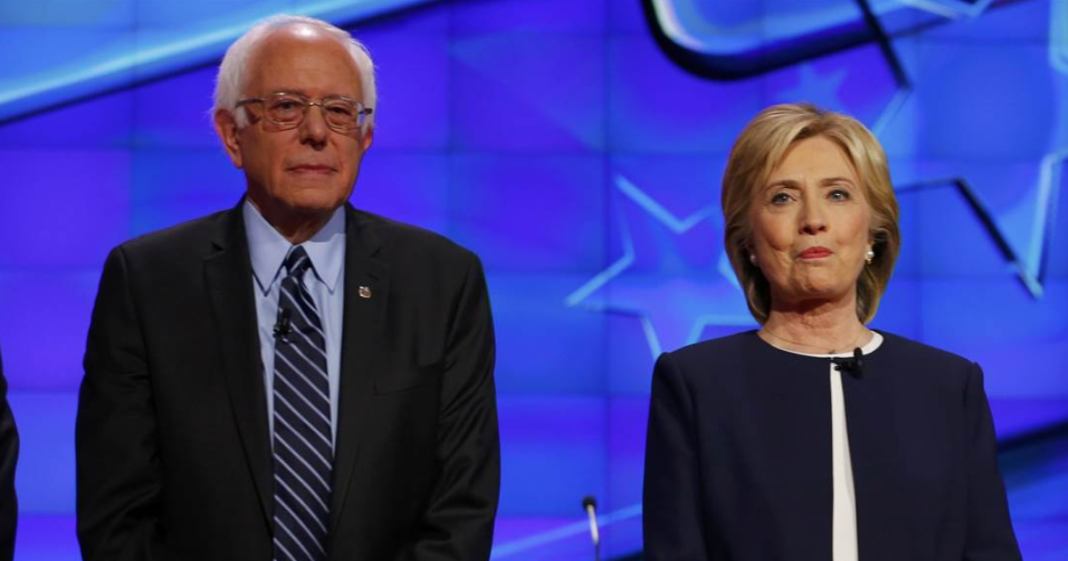 In the most obvious display of Hillary Clinton’s arrogance concerning the Democratic party yet, the Clinton campaign has said that they won’t agree to participate in more debates with Bernie Sanders unless his “negative” tone improves.

Clinton’s chief campaign strategist Joel Benenson accused Sanders of running a negative campaign and said that unless the tone of the campaign improves, the Clinton campaign is not inclined to agree to more debates.

Has Clinton forgotten that this is an election? Has her campaign forgotten their responsibility to American democracy and allowing the people who participate in elections to have an honest and fair view of their choices? Clinton is up against the most honest, forthright candidate in generations, and yet she complains that his tone is too harsh. No doubt, Clinton would only be satisfied if Sanders dropped out of the race – anything more than that is just too mean.

Clinton had no problem playing dirty in 2008 against president Obama and she and Sanders have remained as civil as an election can be, but now her campaign is magicking up from thin air this narrative that Sanders is unfair and too harsh.

“This is a man who said he’d never run a negative ad ever. He’s now running them, they’re now planning to run more. Let’s see the tone of the campaign he wants to run before we get to any other questions.”

Because the DNC had only initially agreed to six debates for the entirety of the 2016 race, Sanders has had to fight to increase that number so that Americans are given a fair shot at assessing the two candidates and deciding for themselves which is best. Clinton agreed to additional debates, kicking and screaming, once her chances at a coronation dropped, but it was clear that she was only interested in doing so for her own interest.

Now, Sanders is pushing for more debates, particularly one in New York state ahead of the state’s primary. It is not unreasonable for Sanders to request a debate in the state because if the DNC holds no more debates before New York’s primary, voters there will have not seen a debate between the candidates for just shy of six weeks.

These actions by the Clinton campaign are a clear sign to Bernie Sanders: We run this show. You either acquiesce or face the consequences. What Clinton is forgetting is that Democrats are watching this race more closely than ever and they are not as blind as they once were.

Watch our commentary on the proposed New York debate from Bernie: