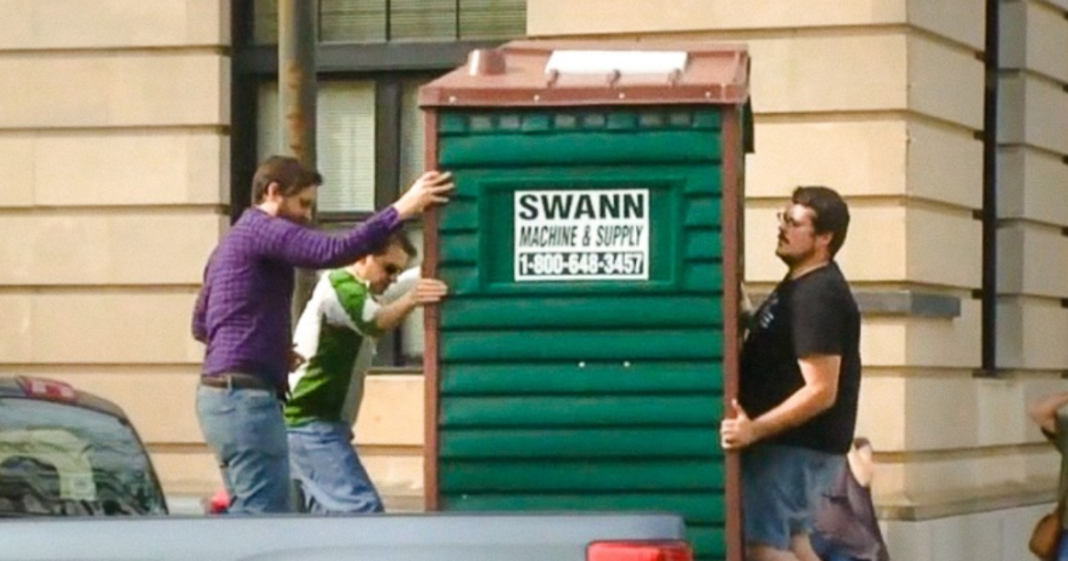 In the wake of North Carolina’s slimy and unconstitutional law banning any protection against LGBT discrimination, public outrage has been strong and vocal.

In addition to allowing LGBT individuals to be openly discriminated against, the law also bans transgender men and women from using the restroom of the gender they identify with. This will no doubt put the entire trans community of North Carolina in very real danger, all because of fear-mongering.

With many companies vowing to pull out of North Carolina if they allow this archaic law to stand, many are hopeful that North Carolina governor will see some sense.

In the meantime, protesters have thought up a unique way to express their displeasure with the governor’s decisions.

“Seeing as our Governor seems so concerned with our bathroom habits we’ve decided to bring him a little gift.”

The “little gift” was a port-a-potty which they delivered outside of Gov. Pat McCrory’s office.No doubt a fitting tribute to a man so dedicated to the bathroom habits of his state’s residents.