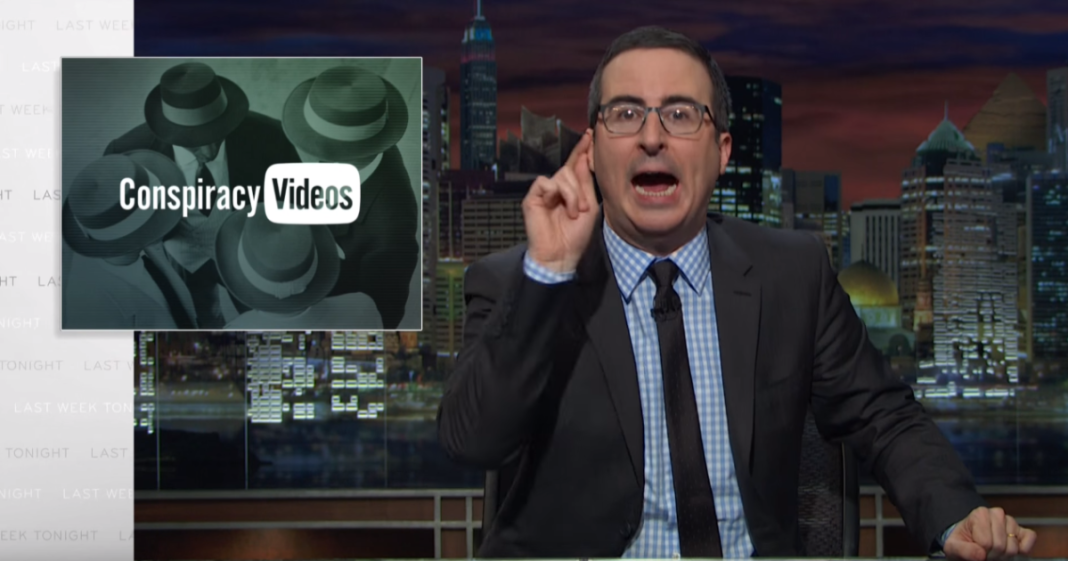 John Oliver’s Last Week Tonight took the weekend off to celebrate the Easter holiday, but he still left a little treat for his viewers to nibble on in the interim in the form of an online exclusive video which showed just how easy it is to craft a half-plausible conspiracy theory from thin air.

Oliver focused his tin foil hat on Cadbury creme eggs which he said tastes like “mermaid placenta covered in candle wax” and is ultimately connected to illuminati along with Beyonce, Jay Z, and others.

“Open your eyes! Now, I have no idea if that is true. In fact, I’m pretty sure most of it is completely false but it felt amazing to say and it almost made sense. And that is what YouTube conspiracy videos are all about.”