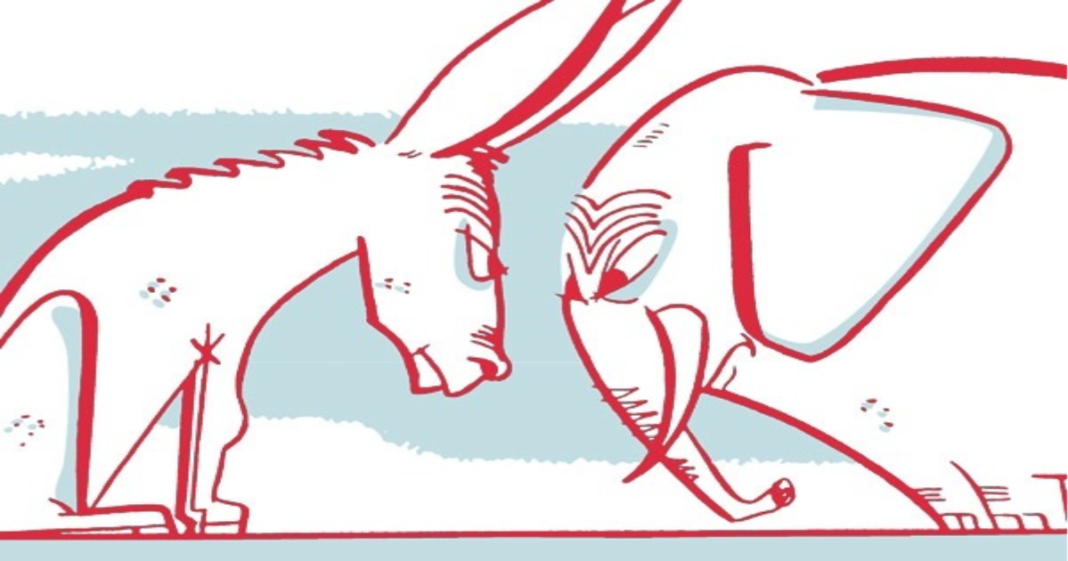 In an op-ed on Salon, Robert Reich offered a prophetic vision of what America could look like in 2020 if the 2016 election shirked fringe candidates and the establishment prevailed.

Reich imagined that Trump had been ousted by establishment politics in a contested convention, disappearing from the public eye with his middle finger raised. Similarly, Sanders’s popularity could not be enough to drown out the roar of establishment money and Superdelegate sway. In Reich’s vision, Clinton won and establishment status quo meandered on as if the disruption to politics-as-usual had never occurred.

Regulations on banks continued to lag, money in politics continued to flow, and the result was that people got complacent and a recession once again descended.

“Establishment politicians also arranged to reduce taxes on big corporations and simultaneously increase federal subsidies to them, expand tax loopholes for the wealthy, and cut Social Security and Medicare to pay for it all. (“Sadly, we have no choice,” said the new President, who had staffed the White House and Treasury with Wall Streeters and corporate lobbyists, and filled boards and commissions with corporate executives).”

But then the people remembered. They rose up the way they had tried and failed to do in 2016 and they created an entirely new party. One which united those on both sides who were tired of wealth dominating the conversation. The People’s Party, Reich imagined, would be the answer to it all.

But we can’t wait for a prophetic vision, and we cannot allow such damage to occur before we wake up to the reality. What has occurred in 2016 is no doubt a clear sign that the two party system is no longer viable for Americans. We are far too large and diverse to allow ourselves to be represented by two parties that do not have our best interests at heart.

Whether it happens in this election or in Reich’s imagined last resort, the current American political system will not stand.