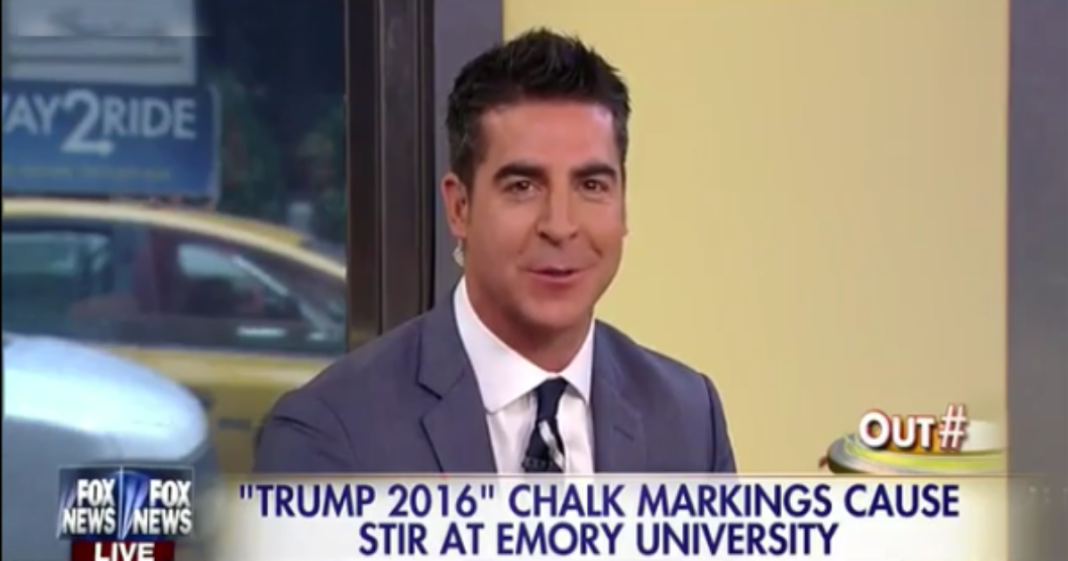 Does anyone remember the feud between Fox News and Donald Trump? Apparently Fox News doesn’t as every pundit has now gone all in for the candidate they once decried.

Apparently the old saying that the enemy of my enemy is my friend rings true when Fox is forced to face its most mortal enemy in liberal college students. Fox pundits brought up the falsified rumor that students at Emory University required emergency counseling when faced with “Trump 2016” graffiti and pundits promptly lost their minds.

“If college students don’t like Trump, that’s a good thing, right? You kind of want the enemy to fear you.”

“If you’re afraid of the word Trump, either you’re an illegal alien or you’re a total sissy. Either way, you shouldn’t be on college campuses.”

They complain so much about the students that it is almost easy to forget that the candidate they are defending is a hateful, divisive, racist, xenophobic, danger to society and democracy. But yeah, Fox News, college kids are the “enemy” here.