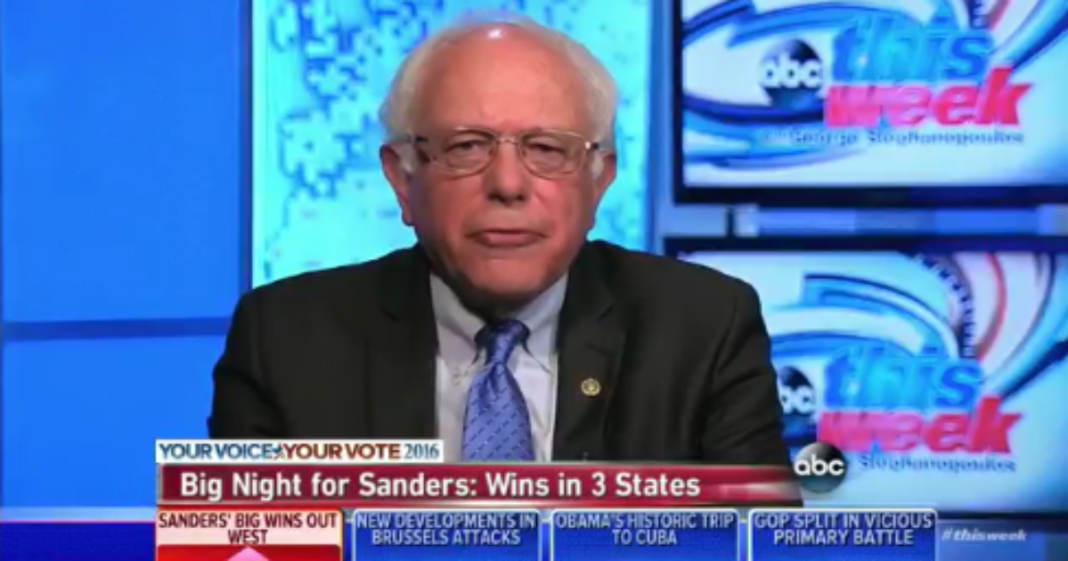 During an interview early Sunday morning on ABC News, Senator Bernie Sanders talked about the shifting Democratic primary race in the face of his strong wins on Saturday in Alaska, Washington, and Hawaii.

The senator discussed Superdelegates, and said that he felt they should side with the candidate that their states vote for, while also choosing the candidate who is most likely able to defeat the Republican nominee.

.@BernieSanders: Superdelegates will have to make “very difficult decision” if he continues lopsided primary wins https://t.co/6eSrma59zr