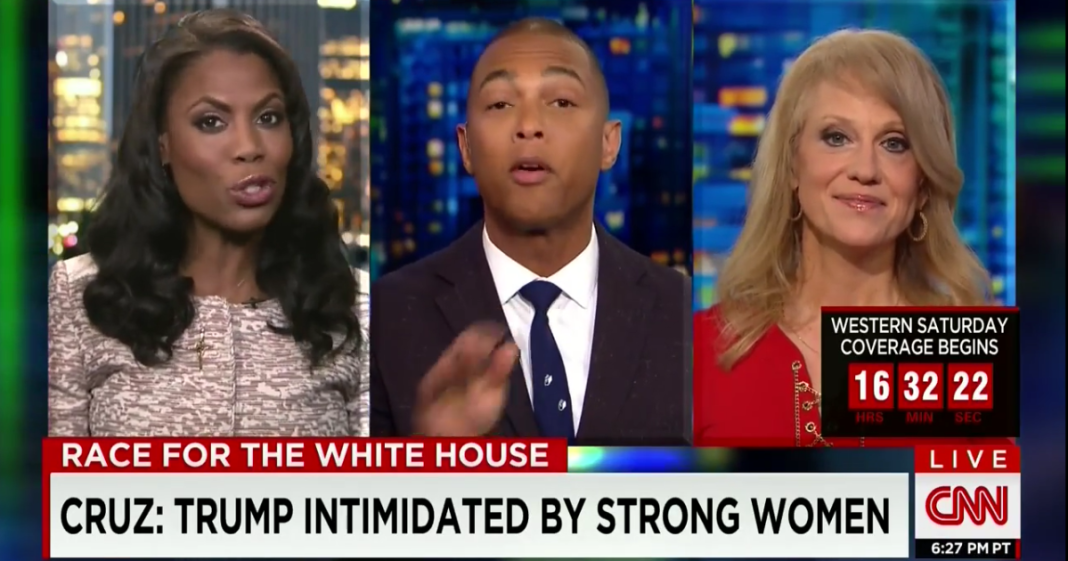 News network pundits with a shred of integrity have found it embarassing and sometimes infuriating having to deal with surrogates for Donald Trump appearing on news segments and dominating the discussion with misinformation and loud voices.

Nevertheless, most pundits accept Trump supporters on their show to spread lies and propoganda about their dear leader without much push-back which might show the audience a more balanced and honest view of the candidate.

One such dominator was “Apprentice” nobody is Omarosa Manigualt who got CNN’s Don Lemon so infuriated so fast that only about 30 seconds into his segment, he cut to commercial.

Omarosa was attempting to turn the discussion about the Ted Cruz, Donald Trump feud in a more Ted-blaming direction before Lemon attempted to steer the woman back to the question at hand. When she refused to do so, Lemon became angry and raised his voice until he ordered his crew to cut her mic and then go to commercial.
Watch.