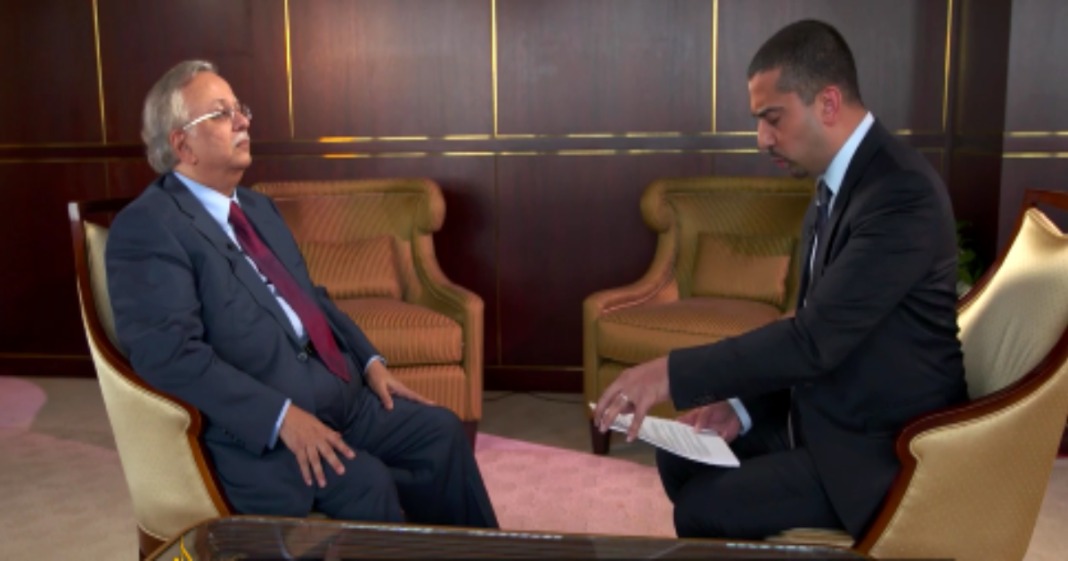 During an interview with UpFront’s Mehdi Hasan, the United Nations ambassador for Saudi Arabia was questioned about the country’s constricting views on citizen involvement in government.

Hasan questioned Abdallah al-Mouallimi about Saudi Arabia’s laws against a citizen calling for a new form of government.

al-Mouallimi said that the people of Saudi Arabia were fine with their government system how it is. When Hasan asked how the ambassador could know that considering the restrictive laws which prevent speaking out about the government, al-Mouallimi suggested that Hasan go ask people anonymously. He expressed confidence that though the people of Saudi Arabia are given no choice in the matter, they are content with their government.

I asked the Saudi ambassador to the UN why he supports democracy in Syria but not in Saudi Arabia – @AJUpFront clip:https://t.co/bblCAHCdZS