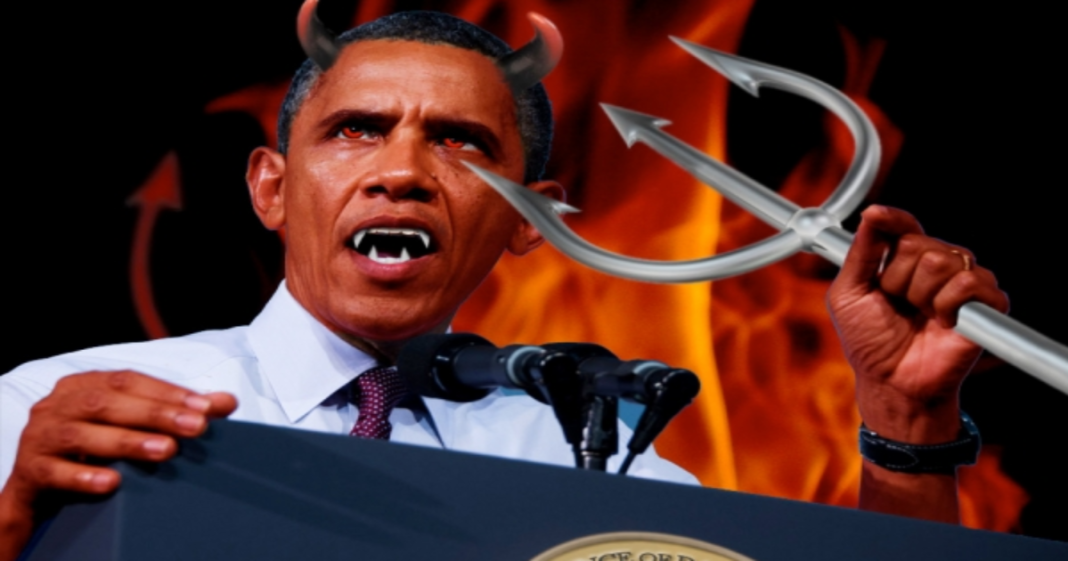 While insanity rages on in the real world on the Republican side of things, an insanity of a different caliber has been discovered on in the criminal investigation of Robert Dear’s terrorist attack on a Planned Parenthood facility in San Bernardino in December of last year.

Since his arrest, Dear has been making a general loony of himself, mumbling incoherently at preliminary hearings and making frequent outbursts about baby parts. Dear’s lawyer requested a psychological evaluation of Dear but the man refused, citing the Aurora theater shooter James Holmes as a reason against it. Dear said that he could see Holmes at his trial, drugged up and controlled by the government.

So yes, Dear is insane.

So insane is the man that he picked up a not-uncommon idea that President Obama is a manifestation of Satan, due to the similarity between his name Barack and the Hebrew word for lightning which is “barak.”

According to Addicting Info, the idea of this Hebrew word being the smoking gun identifying Obama as Satan is not something Dear made up, in fact some have found the mention of the word in the bible and bent over backwards to interpret it to mean that the second coming of Christ will be soon.

“So, Jesus used Lightning (Barack in Hebrew) to literally describe SATAN! He then tied his “Coming” to the appearance of “Barack” or Lightning aka SATAN! Many political pundits describe the charisma of Barack Obama as “Messianic”! Perhaps they should read their Bibles closer and see it instead as SATANIC CONTROL!”