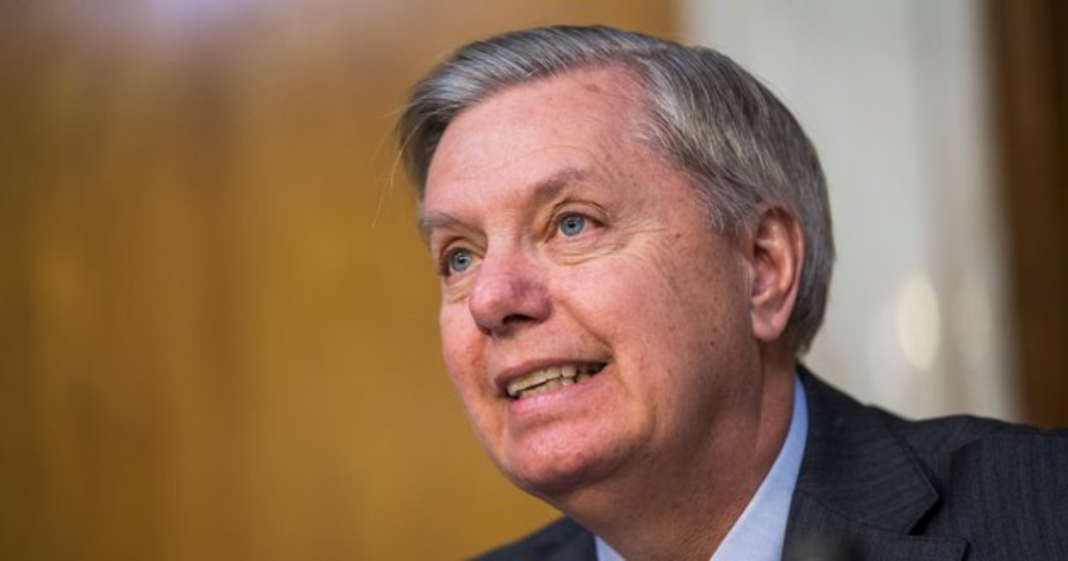 It appears that now with the race on the Republican side being realistially between Donald Trump and Ted Cruz, failed candidate Lindsey Graham just can’t handle how insane his party has become.

He is in so much disbelief that he has pretty much given up trying to keep up with the usual party lines and can’t help but to laugh at the absurdity of the whole thing.

During an appearance on MSNBC, Graham got serious and forgot all about trying to make his party look strong.

“We can lose in 2016 and probably will. Here’s my concern. Trump gets wiped out. Ted, I don’t know if he can beat Hillary Clinton or not but at least we’ve got a fighting chance.

If Trump is the standard-bearer, it’s not about 2016, it’s about losing the heart and soul of the conservative movement. I’m not going to stand behind a guy that gets David Duke’s support.”

Things got a bit more funny when Graham appeared on The Daily Show and made the audience laugh harder at his hopeless situation than they had since the show’s reboot with host Trevor Noah (to be fair, Noah hasn’t given the audience a whole lot to laugh at).