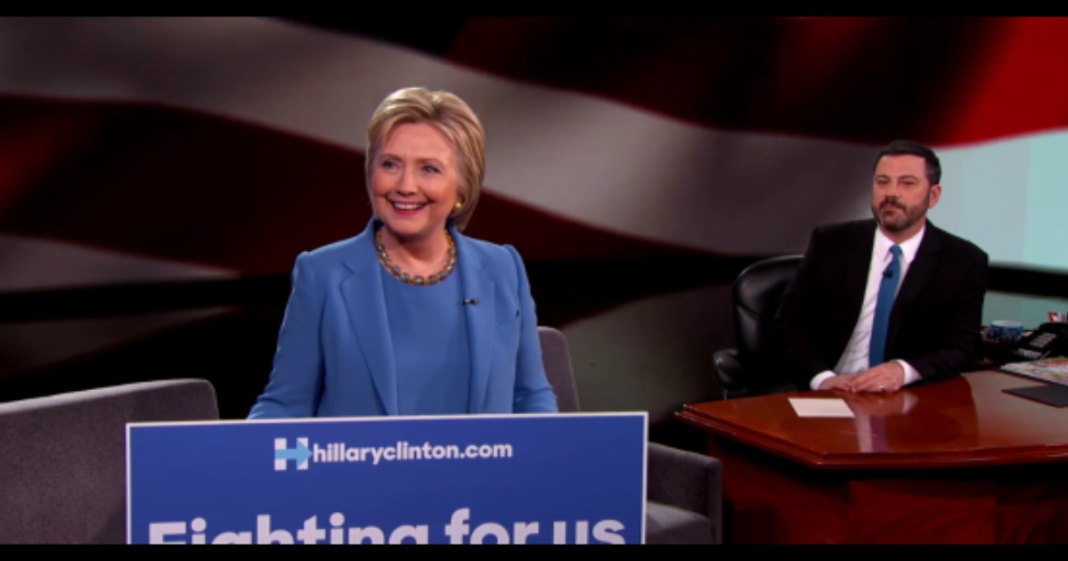 While there are legitimate criticisms to be made about Hillary Clinton’s plans for president, one thing that is soundly illegitimate is any sort of gendered criticism of the candidate.

During a recent episode of “Jimmy Kimmel Live” featuring the presidential candidate, Kimmel offered up his manly expertise to help Clinton tweak her performance in the way that only a mansplaining guy can do.

“I’m going to help you win this election no problem. Are you familiar with mansplaining?”

.@JimmyKimmelLive: “I’m going to help you win this election no problem. Are you familiar with mansplaining?”https://t.co/d2td1ZrQZZ