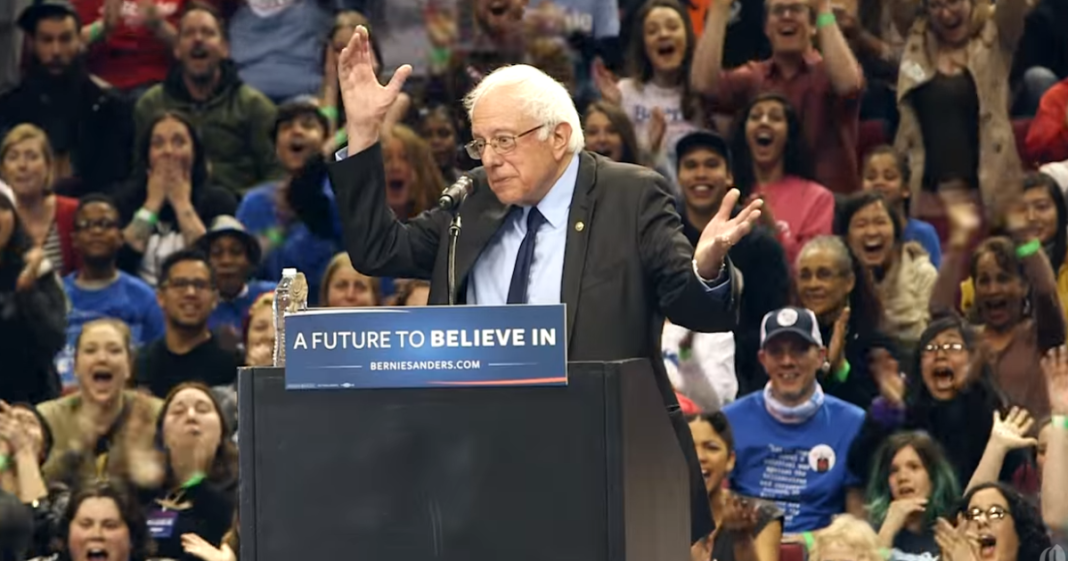 In what is now being dubbed #BirdieSanders, an adorable little bird landed right on Bernie Sanders podium during a campaign event in Portland, Oregon on Friday afternoon.

The crowd went nuts as the feathered creature hopped up near the candidate and waited patiently for Sanders to continue his speech. Sanders and the bird shared some intense eye contact and Bernie was tickled to death to see such an adorable sight.

Then, as quickly as he appeared, the little buddy was gone.

“I think there may be some symbolism here. I know it doesn’t look like it, but that bird really is a dove asking us for world peace! No more wars!” Sanders joked.