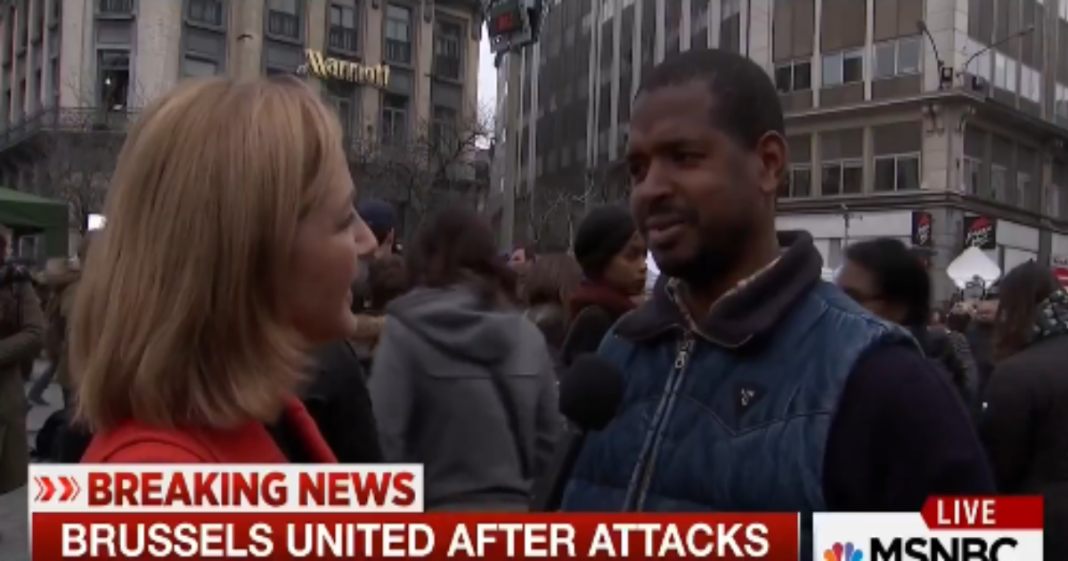 Any day now, we’ll be hearing the announcement that MSNBC has officially changed their network name to “All Trump, All The Time” or ATATT for short.

Just two short days after the bombings in Brussels, while the city was hunkered down in fear of a repeat performance from ISIS militants, an MSNBC anchor took to the streets to ask citizens what they thought of U.S. presidential candidate Donald Trump.

Yes, with the banner reading “Breaking News: Brussels United After Attacks,” an MSNBC pundit asked a Brussels citizen if he was familiar with American politics and Donald Trump. When the man said yes, the reporter gleefully pressed him for an opinion of the man. And the guy said Trump was a nice man! Score for MSNBC!

So remember how cable news gives way too much oxygen to Donald Trump? Well… pic.twitter.com/NDFBTBeSJm