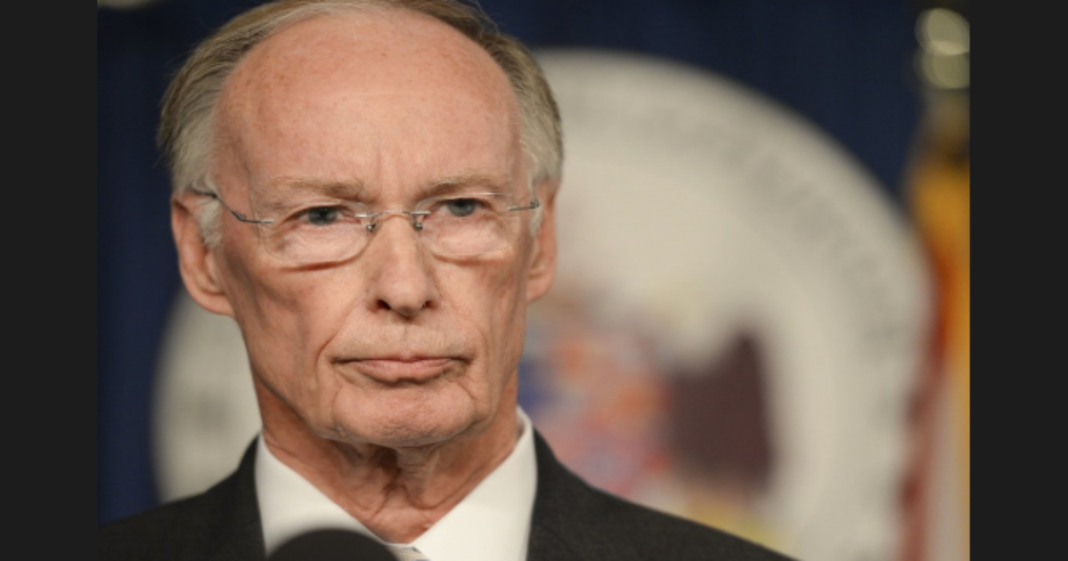 Republican Governor Robert Bentley is in hot water today as it has been revealed that he had an inappropriate relationship with a staffer while he was in office. Bentley apologized to his staff, his family, and his constituency for the audio file which outed him for the creepy pervert that he is.

Bentley has denied having a physical relationship with his staffer, but the released audio of their conversation indicates that is a big fat lie. At this point, Bentley claims that he does not plan to step down from his position, though his conservative constituency may say otherwise.

Bentley’s wife of 50 years filed for divorce at the end of last year, no doubt as a result of Bentley’s adultery. The audio files were apparently recorded by Bentley’s family in 2014.

Bentley has again and again said that the relationship was not physical nor sexual, though every moment of the salacious audio indicates otherwise.

“Baby, I love you. I know we are in a difficult situation. Unless I make things as normal as possible here, it is going to be hell.”

Of course Bentley is one of those ultra-conservative politicos who says one thing in his policy and acts differently in his own life. This is the problem with Republicans like Bentley taking a moralistic upper-hand stance: they almost never uphold their end of the high-ground bargain.