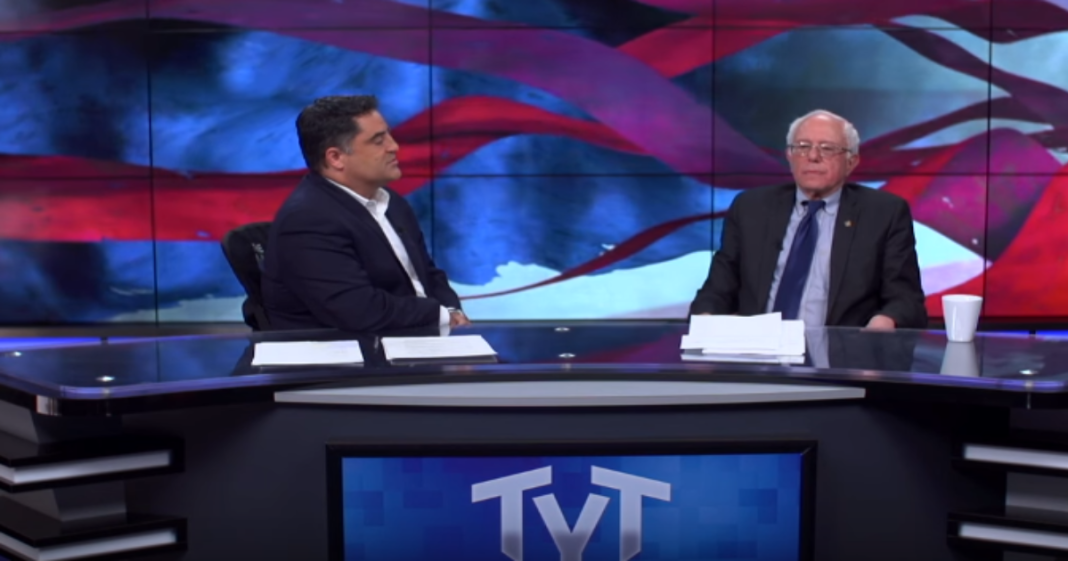 During an interview with The Young Turks on Wednesday evening, Bernie Sanders addressed what would happen with his progressive grassroots followers if he does not become the nominee in the general election.

Sanders expressed that he, of course, intended to be the nominee and would fight until the very last vote, but he acknowledged that his following would not immediately jump to support Clinton due to their anti-establishment ideals.

“What is the Democratic establishment gonna do for us? Alright, for example, right now you have an establishment that has written off half the states in this country, you know that? … Are they going to create a 50 state party? Are they gonna welcome into the Democratic party the working class of this country and the young people, or is it going to be a party of the upper-middle class and the cocktail crowd, and the heavy campaign contributors?”

Bernie then suggested that instead of doing fundraiser after fundraiser, Democratic leaders should bring a giant subsection of the constituency and ask them one by one what they want from their party.

This is why Bernie has such a strong and dedicated following. Bernie didn’t talk down to his audience with some absolute argument that they must vote blue or else, he told the party that they would have to work to earn those votes. Sanders pursues honesty and justice, no matter the cost and no matter the cause.