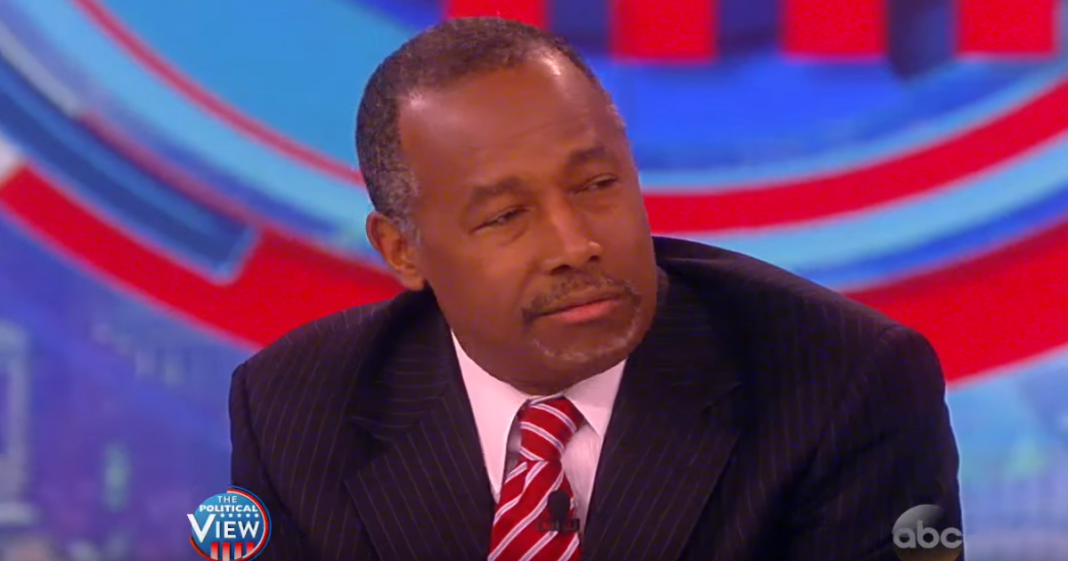 On Thursday morning, failed presidential candidate Ben Carson made an appearance on “The View” to talk about the election cycle and his own endorsement for Donald Trump. The women seemed to be universally appalled that Carson would so wholeheartedly support Trump, and they continued to try to find out why exactly he would choose a candidate so unlike his own campaign.

Whoopie Goldberg came out the strongest against Trump during the segment, calling him a racist.

“You have aligned yourself with a man who has bashed women, made countless racist remarks, and you’re Ben Carson. Why would you align yourself with that?”

Carson continued, as he has done for this entire race, to give terrible answers to questions like this, at one point dismissing Trump’s lie about calling Carson a child molester by saying “can you name one politician that hasn’t lied?”

In the end, Carson’s support publicly boils down to this statement:

“Well, you have to look at the good and the bad. There is no perfect person.”

But what he really means is “Trump is gonna give me a lot of money if I work for him.”