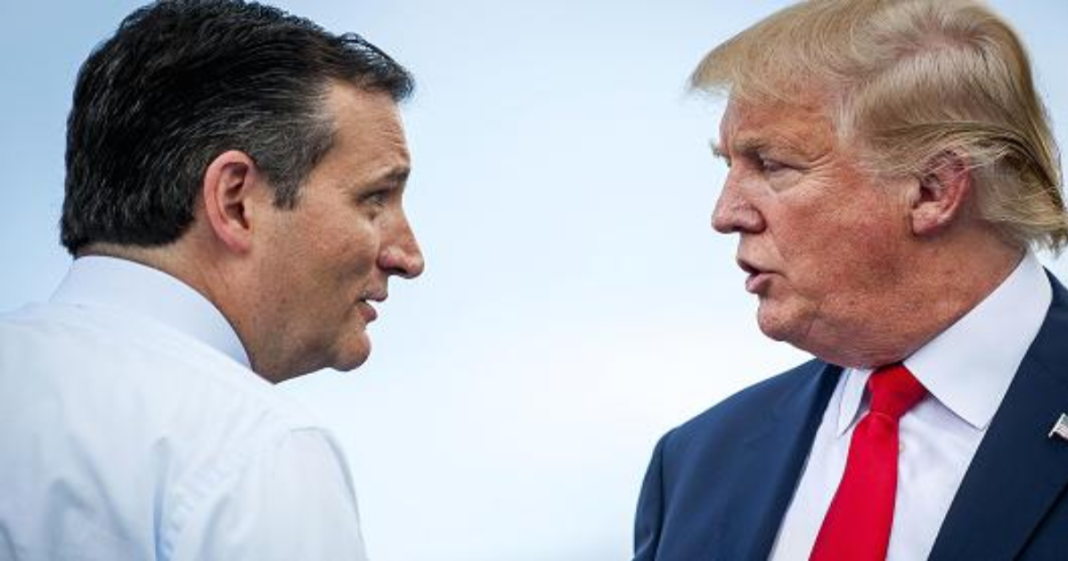 On Tuesday night, before the true frenzy of the primary events began, candidates Ted Cruz and Donald Trump found time to have a bizarre Twitter fight that managed to – once again – bring the 2016 race to a new low.

Earlier this week, a low-class advertisement began to circulate targeted at Mormon voters who may be considering supporting Trump in the primary on Tuesday. The ad featured a photo of Melania Trump naked on a fur coat, which was taken by GQ Magazine in 2000. 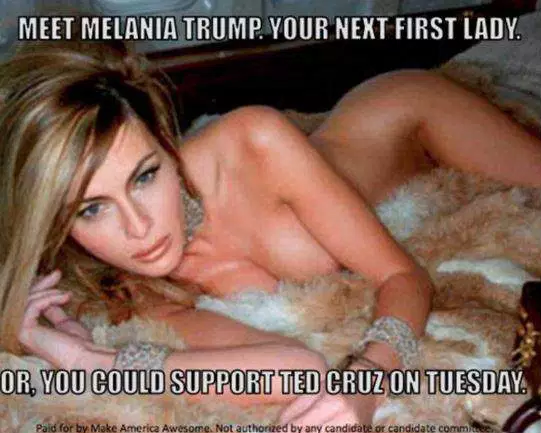 The SuperPAC Make America Awesome created the ad, but Donald Trump blamed the tasteless attack on Ted Cruz. Trump posted a tweet in response which was quickly deleted. Pundits and reporters who noticed the deleted tweet assumed that Trump knew he had gone too far and pulled back. They should have known better, as it turns out that Trump just wanted to correct a typo.

A minute later, the tweet was reposted, grammatically correct and even more insulting than the previous:

Lyin’ Ted Cruz just used a picture of Melania from a G.Q. shoot in his ad. Be careful, Lyin’ Ted, or I will spill the beans on your wife!

It was unclear which “beans” Trump was referring to, or whether he had any “beans” to spill at all. Either way, he was blaming Cruz for an ad he wasn’t a part of, and as a result, was threatening to defame the character of a non-politician.

Pic of your wife not from us. Donald, if you try to attack Heidi, you’re more of a coward than I thought. #classless https://t.co/0QpKSnjgnE

Trump was not deterred by Cruz’s denial, and on Wednesday morning he posted this:

Lyin’ Ted Cruz denied that he had anything to do with the G.Q. model photo post of Melania. That’s why we call him Lyin’ Ted!

Heidi Cruz herself then spoke in front of reporters on Wednesday morning, briefly refuting the threats by saying that the allegations are not “based in reality” before quickly pivoting towards a general campaign message for Ted.