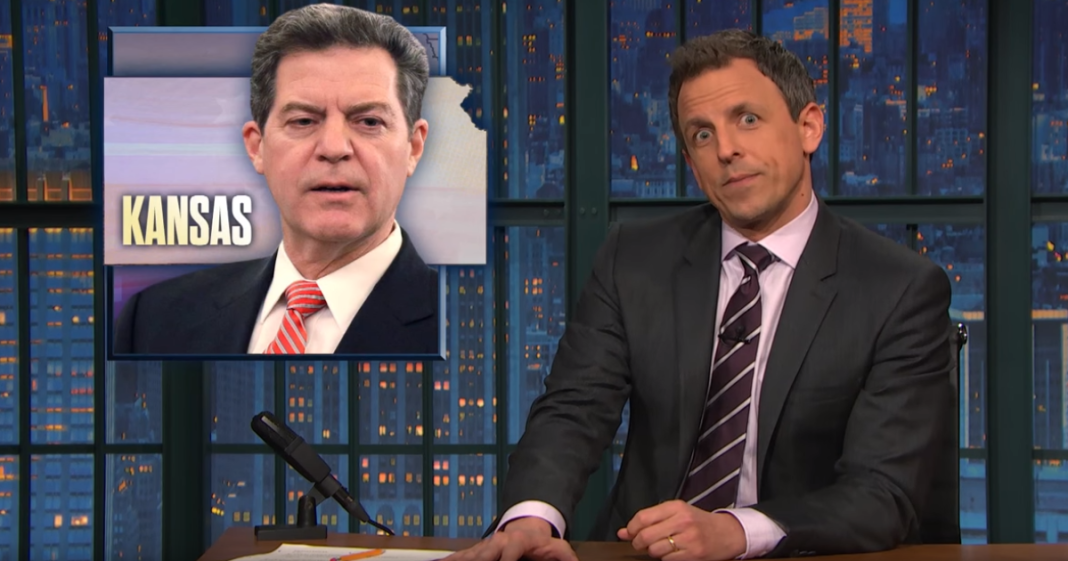 According to Seth Meyers during a recent episode of “Late Night,” the state of Kansas has become in recent years a veritable “laboratory for conservative economic policies” under the leadership of Republican governor Sam Brownback. And like any evil laboratory, things got a little weird.

Brownback has implemented a string of bizarre and extreme tax changes to the state in order to try to grow small businesses and create a more prosperous economy. Brownback referred to his drastic changes to Kansas taxes as a “real live experiment,” which isn’t too reassuring to the people forced to endure his mad scientist ways.

One bizarre method Brownback has used to try to compensate for his major tax cuts? Apparently, the state of Kansas held a massive auction, selling off sex toys and pornographic material to counter the massive budget deficit created by Brownback’s tax cuts.

The reality was just too good for comedian Meyers, so he rattled off a slew of dildo-related jokes:

“Nothing like selling fake dicks to solve a problem created by a real one.”