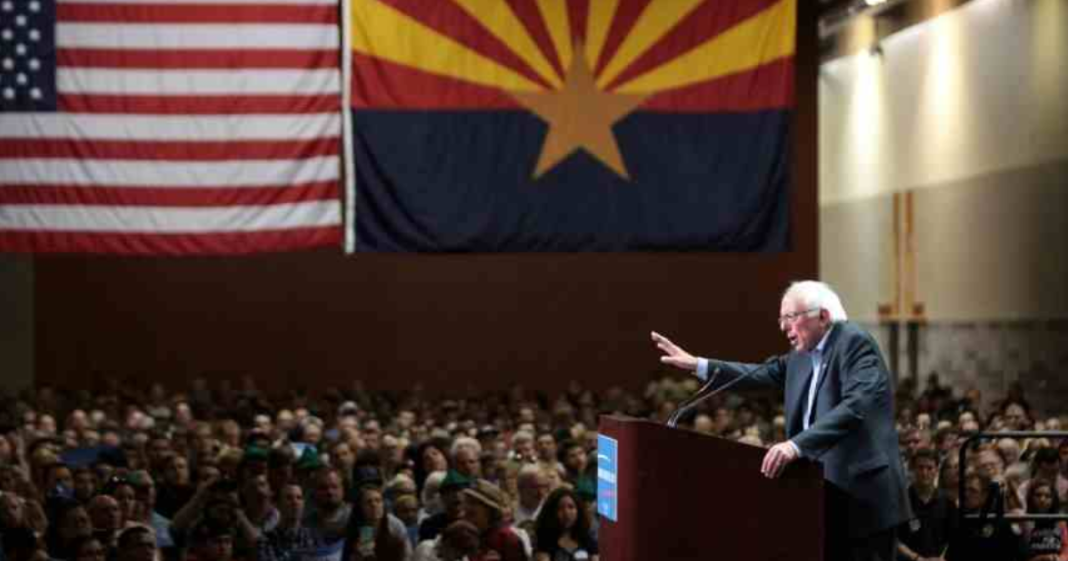 The conditions for voters in Arizona on Tuesday were a classic example of what not to do if one is trying to foster a free and open Democracy.

Hardworking, law-abiding citizens were prevented from exercising their right to vote because the state decided it wanted to cut corners to save money and in the process, made it nearly impossible to cast a ballot in some parts of the state.

The worst of it was in Maricopa County which reduced polling locations from 200 in 2012 to just 60 in 2016. This resulted in gigantic lines at polling locations which forced people to wait as long as five hours to cast their vote, if their schedule would allow for such a massive delay.

Bernie Sanders made this statement on Wednesday in response to the unfair conditions for Arizona voters:

“In the United States of America, democracy is the foundation of our way of life. And what happened in Arizona is a disgrace. I hope that every state in this country learns from that and learns how to put together a proper election where people can come in and vote in a timely manner and go back to work. Whatever the cost of that problem is people in the United States of America shouldn’t have to wait five hours in order to vote. We do not know how many thousands of people who wanted to vote in Arizona did not vote.”

This is the real issue: a voter who is forced to wait up to five hours to vote is most likely a voter who goes home without casting a ballot. We will never know how many people were unable to contribute to the Democratic process on Tuesday because of Arizona’s negligence.