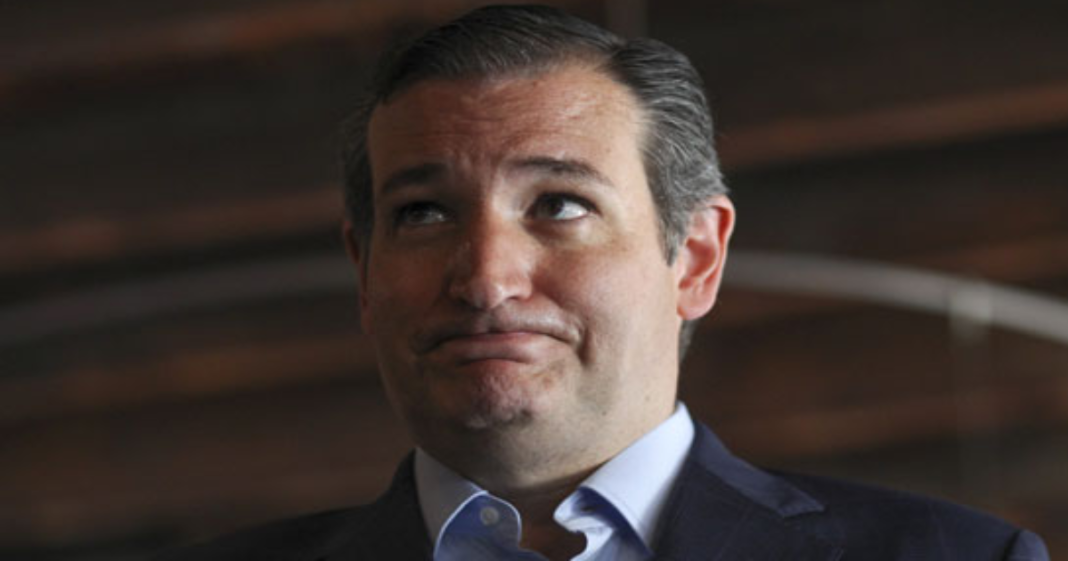 One of the selling points for a Ted Cruz presidency is his supposed dogged dedication to upholding the U.S. Constitution, even to the detriment of his relationship with other politicians. It appears that he is more than willing to toss all of that aside (if it ever really even existed) in order to push for U.S. law enforcement surveillance of Muslim individuals in order to prevent the radicalization of American citizens.

“We will do what we can to help them fight this scourge, and redouble our efforts to make sure it does not happen here. We need to immediately halt the flow of refugees from countries with a significant al Qaida or ISIS presence. We need to empower law enforcement to patrol and secure Muslim neighborhoods before they become radicalized.”

Ah yes, because there is nothing more constitutional and American than increased discriminatory surveillance which violate American’s right to privacy. Cruz and others like him, because the action of a very few militant extremists, tend to believe that Muslim Americans don’t deserve the same rights as the rest of us.

“We need to secure the southern border to prevent terrorist infiltration. And we need to execute a coherent campaign to utterly destroy ISIS. The days of the United States voluntarily surrendering to the enemy to show how progressive and enlightened we are are at an end. Our country is at stake.”

So with this statement, we can unequivocally conclude that Cruz is not the Constitutionalist candidate at all; he’s just more of the same.