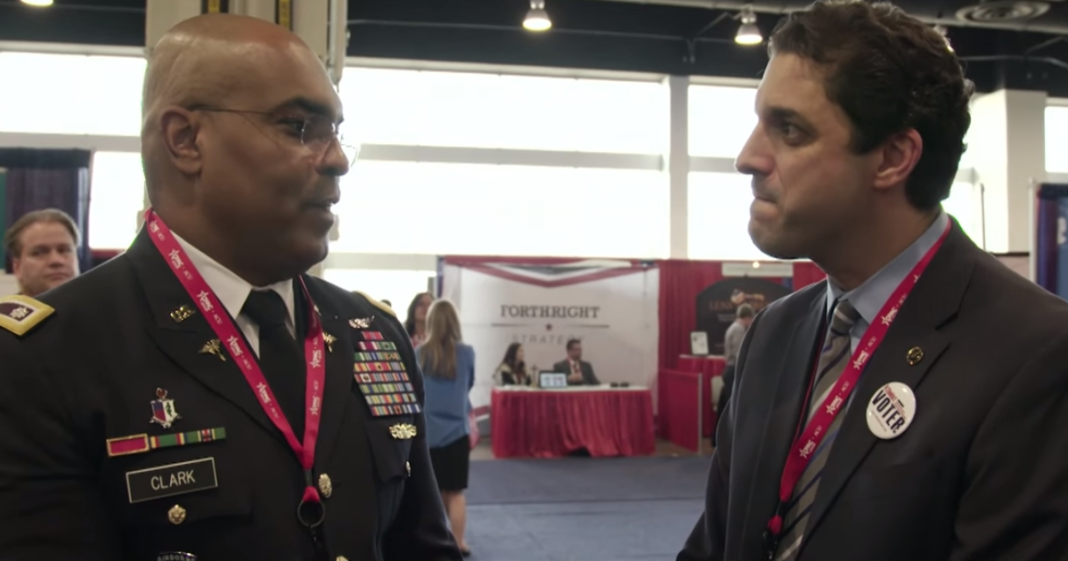 On Monday’s episode of “Full Frontal,” host Samantha Bee devoted a segment to following a militant atheist who set up a booth at Evangelical-dominated CPAC in order fight back against the prevailing idea that a governmental leader must have strong faith in a god.

One young woman placed her hand on the arm of an atheist activist and told him, “I’ll pray for you.”

He responded with a smile, “Okay, I’ll think for you!”

While the man faced a decent amount of push-back on his assertion that god isn’t real and that religion is a scam, he also discovered something surprising: young conservatives were much more interested in officials who displayed conservative economic views than those who expressed a strong Christian faith.