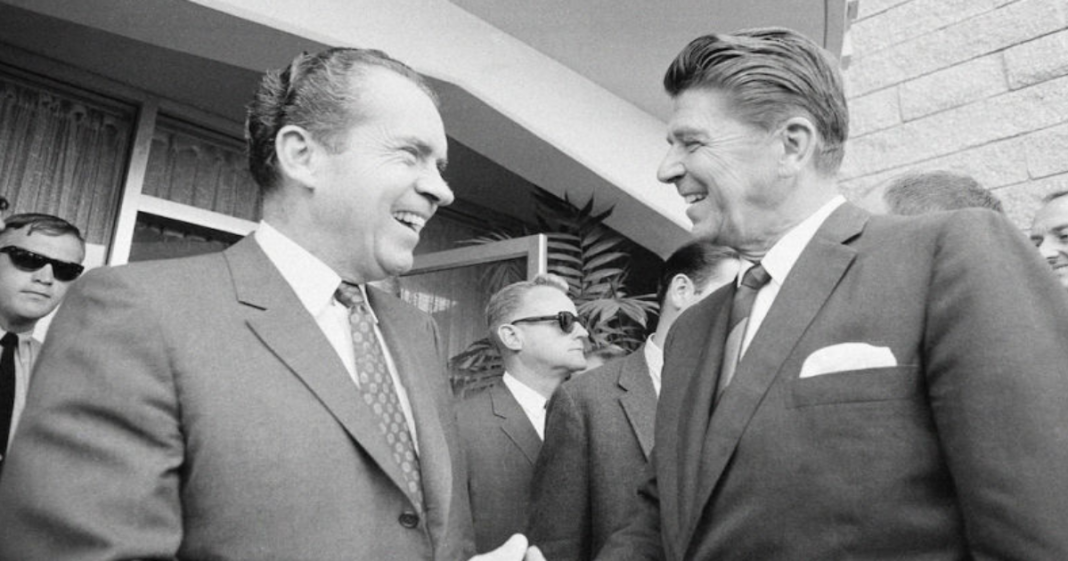 A quote given by key Nixon policy adviser John Ehrlichman in 1994 pertaining to Nixon’s war on drugs has just been released, and with it comes clear proof that the war on drugs was a complete at total farce. 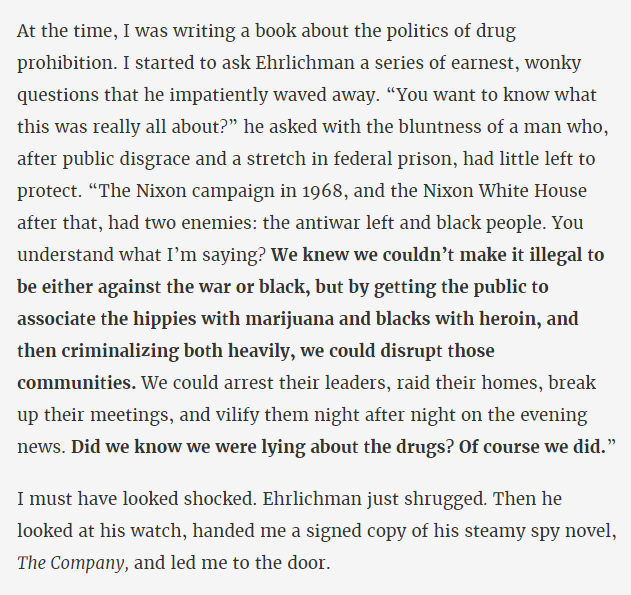 So many decades after the war on drugs and the popular “Just Say No” phrasing was invented, the war wages futilely on. Under these policies, several presidents have been able to justify growing the U.S. prison populations to a record-breaking number and incarcerating low level offenders for possession of a tiny amount of drugs as harmless as marijuana.

It has been proven again and again that modern law enforcement disproportionately arrests black drug offenders, despite the fact that drug possession and use between black and white Americans is virtually the same.

Now, the irrefutable truth has been revealed that the drug war was never intended to remove drugs from our nation, but rather to suppress the political and social shifts created by anti-war leftist “hippies” and politically active, equal rights gaining black Americans.

It is time to end these policies which should have never taken place. By continuing to follow the policies of Nixon, we are continuing to oppress generations of poor and black families who see themselves targeted to an unfair degree.