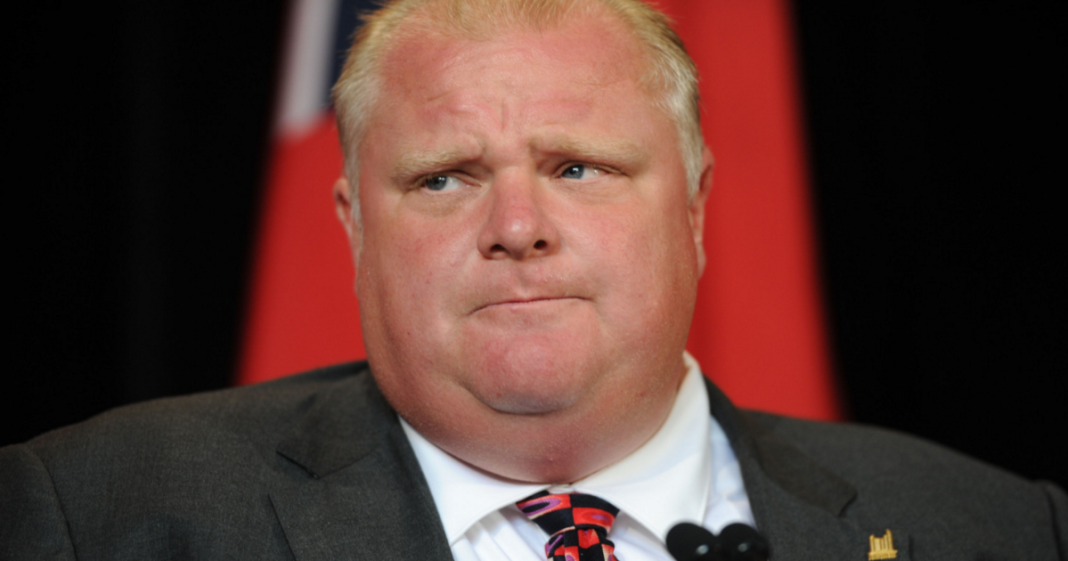 Former Toronto mayor Rob Ford has died while in palliative care from an aggressive and rare cancer. Ford had been suffering from the disease since 2014 when he was forced to quit his re-election campaign for mayor. Pleomorphic Liposarcoma, the cancer that Ford suffered from, acted aggressively. Though treatments were able to shrink his tumors, and Ford returned to the public eye grateful to be alive, eventually, his health once again declined.

Many remember Ford for his cocain-laden fall from grace as Toronto mayor. Videos of Ford often showed up online and on late night comedy shows both in Canada and the United States. Ford had many clashes with reporters and fellow politicians, but his frequent alcohol and drug intoxication is what caused the most controversy. A now famous video which showed Ford smoking crack triggered months of controversy and forced Ford into rehab.

Ford leaves behind a wife and two young children.