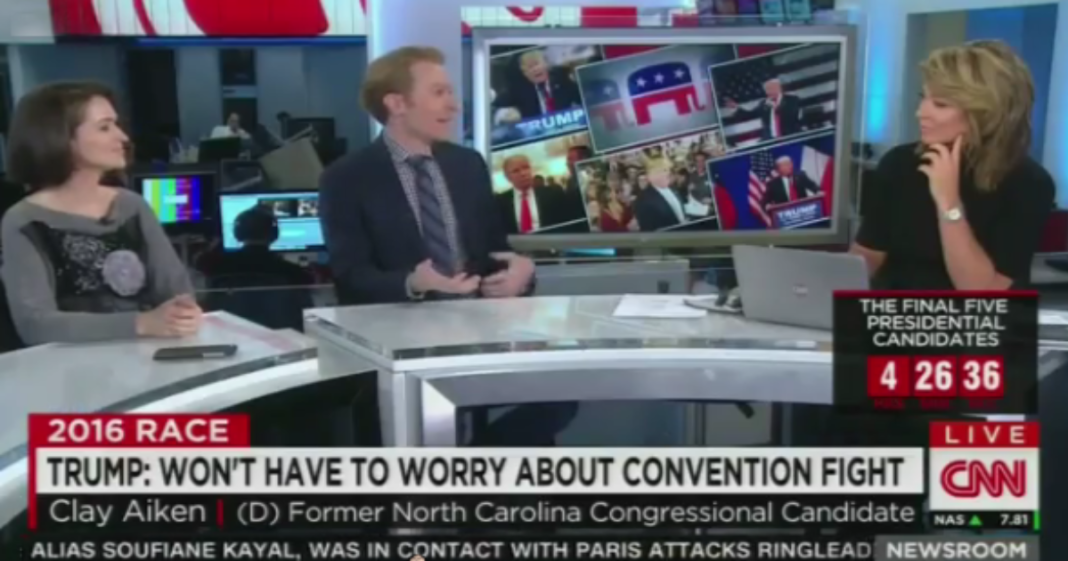 It may finally make sense: Trump broke every political rule and crossed every uncrossable line just so that we would all expect the worst and be pleasantly surprised when he formed a coherent sentence or said something that was the least bit sensitive.

During Trump’s AIPAC speech on Monday, he cast aside his usual off-the-cuff style of speaking in favor of a written down teleprompter speech for maybe the first time ever. And pundits everywhere freaked out.

During a CNN discussion with Clay Aiken, of all people, pundit Brooke Baldwin exclaimed, “But tonight, hang on a second, this is big news, that he has a teleprompter!”

Baldwin was clearly exaggerating a bit, but it is ridiculous that this is newsworthy at all. Next thing you know, we’ll be hearing that Trump actually ate his meals with a fork and knife instead of his usual style of throwing spaghetti at his face and chewing whatever makes it in his gaping maw.