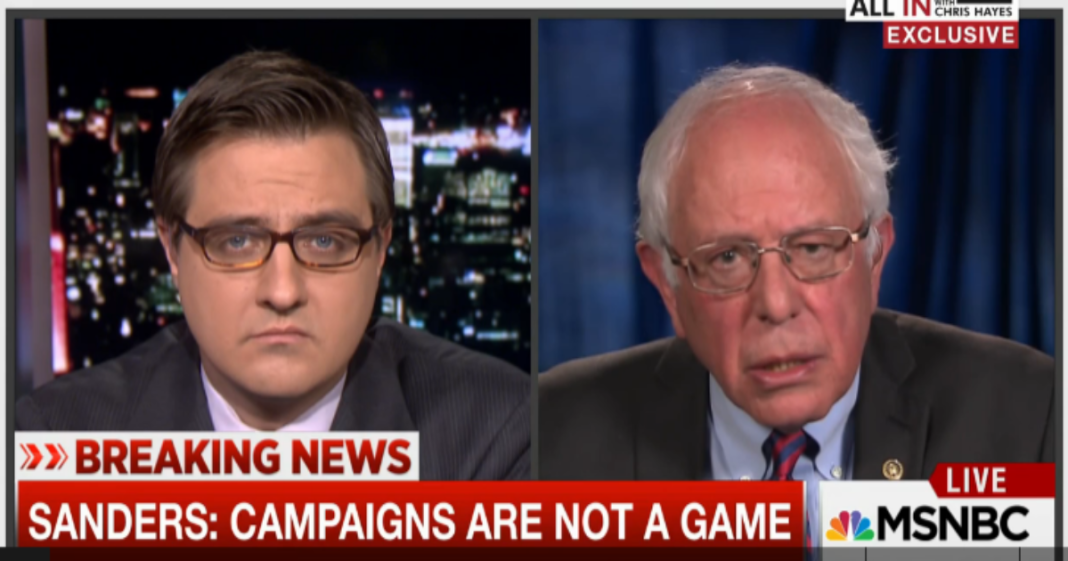 During an interview on Tuesday morning with MSNBC‘s Chris Hayes, Senator Bernie Sanders discussed many different topics, but the one issue he seemed most passionate about came at the end of the interview when Hayes asked Sanders what one question he wished that the media would ask more often.

Sanders declined to offer one specific question, instead criticizing the way that media treats the political race as a game rather than a very serious decision to be made about the future of America and its people.

“For the media, 90 percent of the coverage is process, is soap opera, is polls, is raising money … Yesterday a woman comes up to me with tears in her eyes: “Bernie, I am working 60 hours a week. I’m not making any money and I don’t have time to spend with my daughter. Listen to the kids who leave school 50 or 60,000 dollars in debt. Talk to the people who have no health insurance and what that means to their life.”

“I’m running for president of the United States because we have a disappearing middle class, we’ve got 47 million people living in poverty. The amount of time that media pays to those issues is minimal. I think that is my critique, Chris. The media has got to look at the pain in America today and then look at how the candidates are responding to that pain. Campaigns and elections are not a game. They’re not a game. They are about trying to change America.