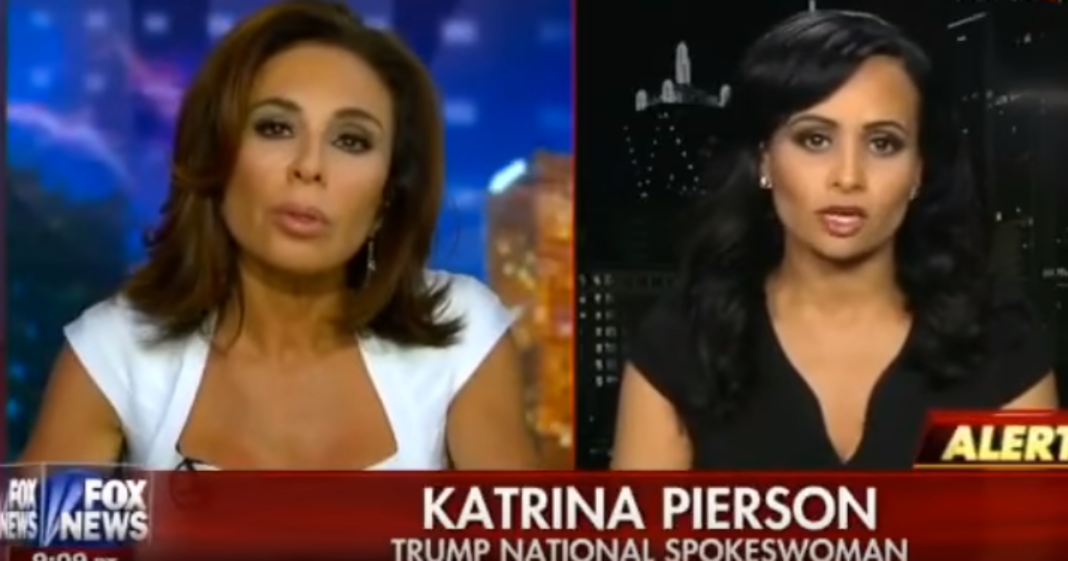 During a segment on Fox News with Judge Jeanine Pirro, Trump lapdog/spokewoman Katrina Pierson staunchly defended Donald Trump against the big bad protesters who dare to try to silence hateful and divisive speech at Trump rallies.

Pierson attempts to smear the protesters, making it seem like they do not have legitimate concerns with a Trump candidacy. She refers to the protests as “anarchy” and “organized chaos,” while painting Trump as the only person interested in the well-being of the middle class.

“The Democratic side is not on the side of the people and the militant left is their army.”