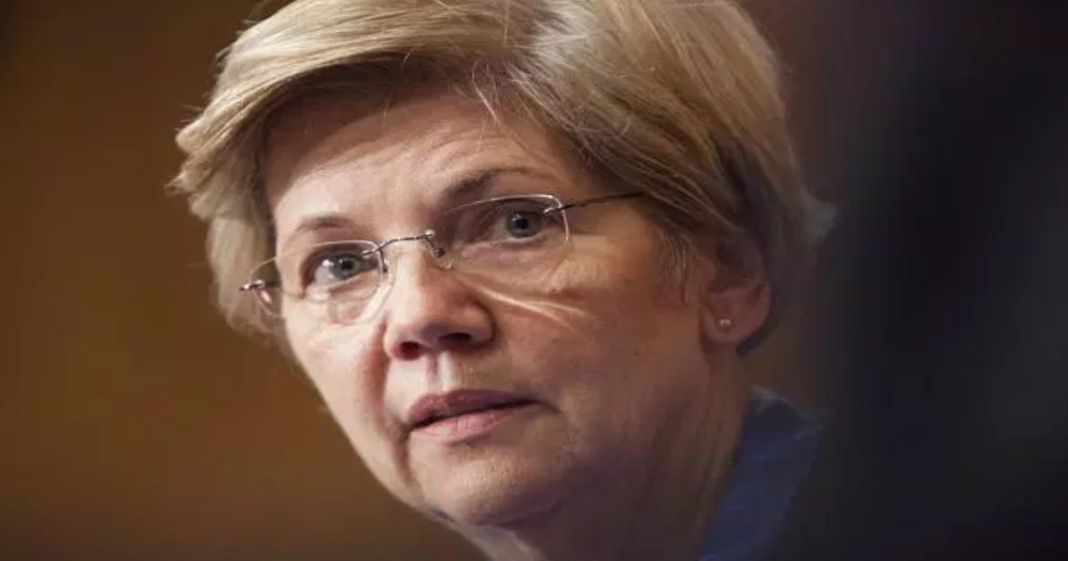 Senator Elizabeth Warren came under fire this weekend by presidential candidate Donald Trump who accused the Senator of fabricating her Native American heritage for political gain.

“She’s got about as much Indian blood as I have. Her whole life was based on a fraud.”

Trump is referring to Warren’s status as 1/32 Cherokee, of which Warren has never officially claimed any membership. Warren has the same percentage of Cherokee blood as the current Cherokee Chief, so Trump’s claim that she is somehow faking it is not only disingenuous, it is insulting to the entire Cherokee Nation.

Warren wasn’t willing to take such a personal and false attack lying down and on Monday morning she posted this scathing message: 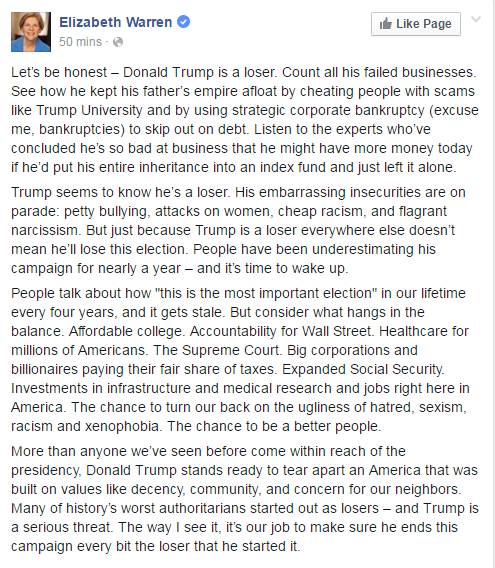 Ohhhh! It’s too bad that this was a Facebook post rather than a live speech or else Warren would have definitely dropped the mic on that sick burn. This will have to suffice:

While some progressives have been a bit miffed with Warren for not supporting Senator Sanders, they must remember the sort of trail-blazing firestorm of a woman that Warren is. Donald Trump has started a feud with Warren that will not be as easily silenced as his tiff with Megyn Kelly or his divorce proceedings.

Warren, above almost any other politician, is principled and dedicated to the death. Where Trump lacks with substance and policy, Warren is nothing but thoroughness and dogged dedication to the rule of law. The senator is far too dignified to say it, but the message is clear: Give me your worst.