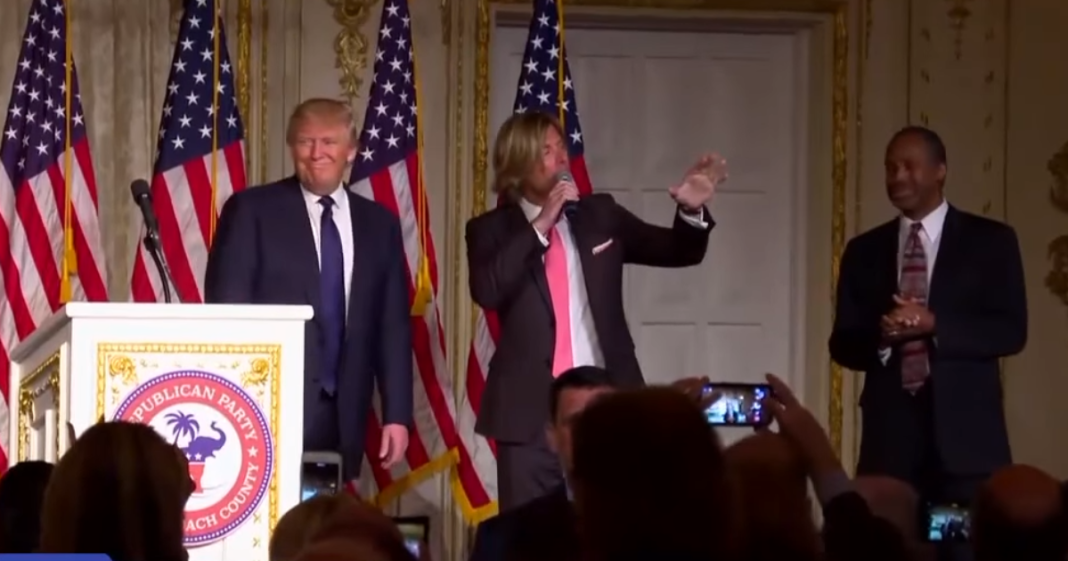 During an event in Florida this weekend, Donald Trump was creepily serenaded with a bastardized version of the song “Stand By Me.”

Trump and failed presidential candidate Ben Carson stood on either side of the singer Beau Davidson who sang,

Trump sang along when his name was mentioned and Carson kept the beat with some shaky hand-clapping throughout. Both men swayed from side to side in their suits and ties as the corny song played on and on and on.

Apparently the Republican Party of Palm Beach County hired Davidson to appear at the event. After the song concluded, Trump shook hands and quickly exited the stage. I guess some things are too embarrassing even for the Donald.

At least this performer was an adult and not some creepy children like the last time Donald decided to bring music to his rally.