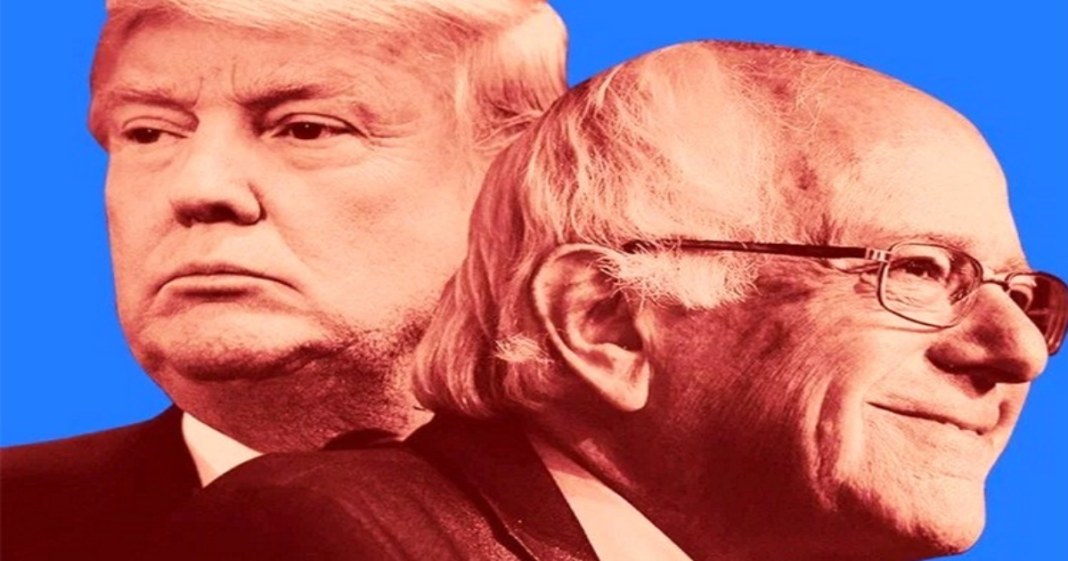 While Donald Trump may manage to capture the vote of the evangelicals in the U.S., one other major political group is saying #NeverTrump. Mormons who dominate the state of Utah are polling overwhelmingly anti-Trump, choosing to go blue rather than vote for the hateful candidate.

In a recent poll, Utahans overwhelmingly support Bernie Sanders in a head-to-head with Donald Trump. The conservative majority slightly supports Hillary Clinton over Trump as well. Sanders is favored 48 percent to 37 percent against Trump while Clinton is favored 38 percent to 36 percent.

Utah is a strong Republican state as the Mormon population is one of the most devoted conservative groups, though they differ from the modern Republican in a few key ways. It is these differences which are driving the religious group far from a Trump nomination.

One instance of these differences is the way that Mormon conservatives view immigration. While establishment Republicans have drawn a hard line around immigration, Mormons favor a much more compassionate and open policy toward foreign immigration. Trump’s harsh stance on immigrants does not appeal to people who have spent multiple years in other nations as missionaries and who would choose to bring in more immigrants rather than fewer.

Another factor is the degree to which Mormon individuals adhere to the tenants of their faith. While evangelicals are willing to overlook Trumps decidedly unChristian-like lifestyle and actions, Mormons have paid close attention to Trump’s use of harsh language, including cursing and using degrading terms against women and minorities. Mormons also look unfavorably on Trump’s multiple marriages.

Finally, there is some degree of importance placed on the opinion of fellow Mormon Mitt Romney who has unequivocally condemned Donald Trump, urging Americans to vote for anyone who can stop the candidate. Trump’s comment questioning Romney’s faith this weekend no doubt will have an affect on the few Mormons who might be considering Trump.

How do we know that these polling trends will translate to polling results? Well the second and third most Mormon-populated states Wyoming and Idaho have already voted and the consensus was overwhelmingly anti-Trump.

This is the first time in over 50 years that Utah has toyed with the idea of voting for a Democrat. Seeing Utah turn blue would be a major wakeup call to the Republican establishment that sanctioning Trump to dominate their party will truly be the death knell for the conservative movement.

You can read a lot more about the Mormon vote and their view on Donald Trump from McKay Coppins at Buzzfeed News here.