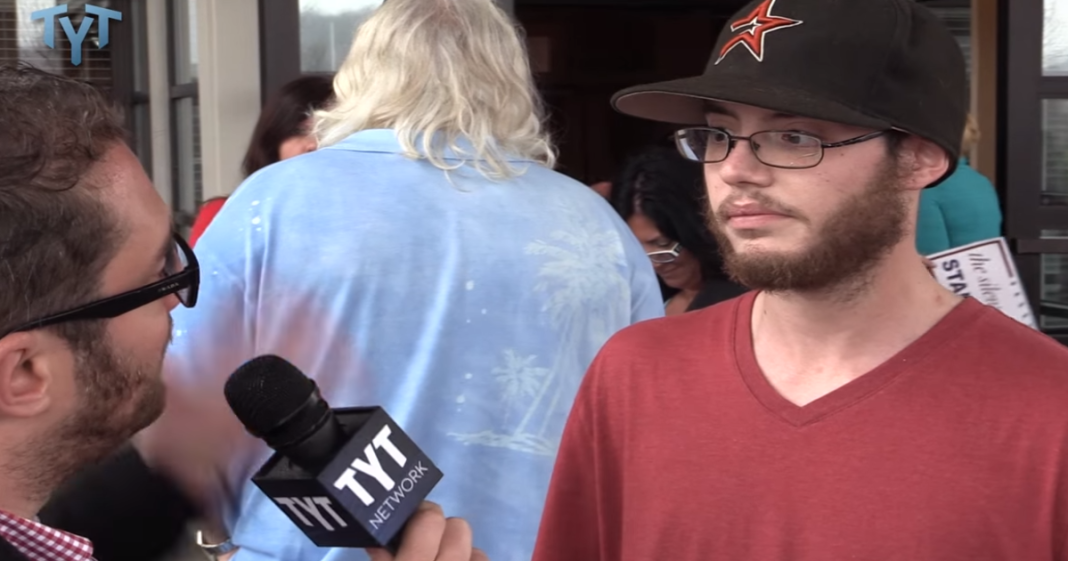 Reporter for The Young Turks network Jordan Chariton interviewed a couple of extra bright Trump supporters who were ready to defend their savior from any criticism earlier this week.

Chariton questioned the men about why they support Trump, pushing them to comment on Trump’s dubious KKK ties and his stance on Muslims and terrorism. As the interview progressed, the men’s confidence in their dear leader began to waver as they were forced to separate themselves from Trump on racism, xenophobia, and policy.

As the reported countered the claims made by one of the young supporters, you could see his mind racing to rationalize his beliefs with reality.

One thing was made clear: many who support Trump do so because they just haven’t thought about it very much.